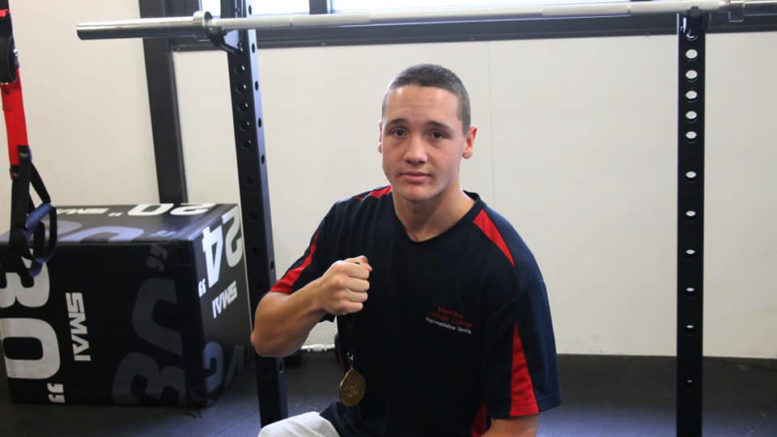 MacKillop Catholic College Warnervale student, Jack Albanese, has ended his school year on a high after setting a new national record with Powerlifting Australia, not once, but twice.

Competing in the organisation’s 2020 Schools’ Bench Press Championships, Albanese broke the record for the 69kgs and Under Division when he performed a successful lift of 97.5kgs, earning himself a national title and gold medal, but amazingly the Year 10 student broke his own record not even a month later after pulling off a 100kg lift.

According to a spokesperson for the College, Albanese’s record setting lifts were the result of rigorous training and were verified by teachers under the competition’s strict performance criteria.

“Jack committed to a progressively overloading training plan and our own Mr Hughes submitted the video of Jack successfully lifting 97.5kg, which earned him the gold medal and set the new record for his weight division.

“Jack then re-entered another successful lift of 100kg prior to the competition window closing and beat his own record.

The event is designed to be a fun way for junior lifters to compete with their peers at the national level without having to travel, and helps raise awareness and interest in the sport by involving schools and communities.