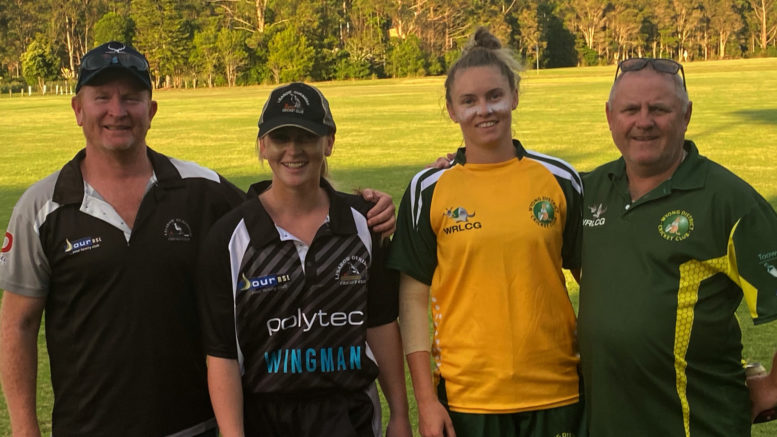 In another historic moment for women’s sport on the Coast, two female players have taken to the field in a Central Coast Cricket Association First Grade fixture for the first time.

As reported earlier this year, Wyong Roos’ wicket wonder, Tiegan Kavanagh, became the first female to take to the green in First Grade in Round 2, but on December 17, she was joined by Lisarow-Ourimbah up and comer, Alisha Bates, who made her debut in the T20 fixture, ironically against Wyong and Kavanagh, at Sohier Park.

Bates had a starring performance taking 3/7 off her allotted three overs with her left arm spin.

However, it was Kavanagh who came out on top, with Wyong winning by six wickets.

Both Bates and Kavanagh have come through the Central Coast juniors and have also had distinguished female representative careers, with Bates having been a recipient of a Sixers WBBL contract and represented NSW/ACT Country at numerous under age carnivals, whilst Kavanagh is a multiple representative for NSW Country Women’s team.