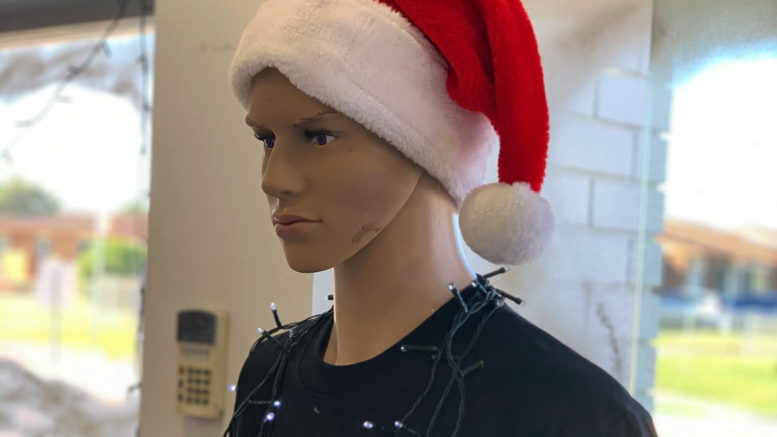 Fred has been reunited with his head

There’s been a Christmas miracle at Gorokan’s Guardian Pharmacy, with the store’s display mannequin, Fred, getting back his head.

According to pharmacy owner, Eric Ngo, Fred has been a mascot for the store as well as a major feature in all its holiday displays. for years, but tragedy struck in November when a thief stole Fred’s head, Santa hat and all.

The brazen theft prompted Ngo to take to social media to request Fred’s head be returned and in a bizarre twist it was via Australia Post.

The head turned up in a parcel giving Ngo a bit of a shock during his mail run, but with Fred whole again, he’s now back in pride of place at Gorokan Guardian, with the team thankful to have him back, despite his headless holiday adventure.

“Fred finally came back and will spend Christmas with us this year.

“We at Gorokan Guardian thank the Facebook community for helping bring Fred back,” Ngo said.

Break and enter at Gorokan