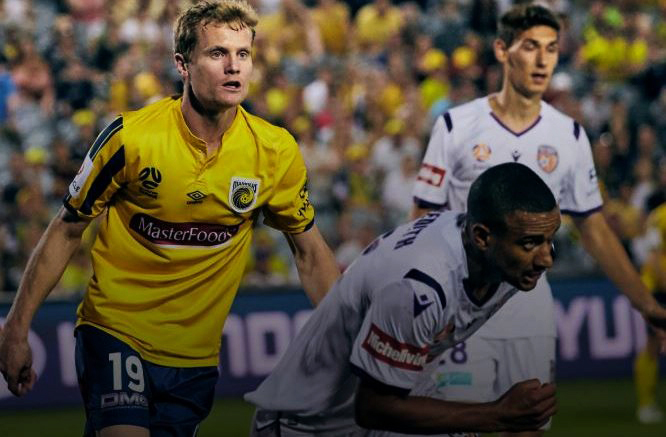 Mariners club legend and all-time leading scorer, Matt Simon, will remain with the Club for the A-League 2020/21 season as coach Alen Stajcic bolsters the senior ranks of his squad.

The 34-year old striker hinted at another season after the Mariners draw with the Wanderers in the post-COVID restart and has now confirmed he will return in a playing capacity and also as a mentor for younger players as part of a ‘dual role’.

Simon, who played his junior football at East Gosford, has scored 51 goals in 194 appearances for the Mariners since making his debut in the 2006/07 season and has been captain since returning to the Club at the beginning of 2018/19.

Head Coach Alen Stajcic said it was great to have Simon back for another season in this role.

“All the staff and players here are looking forward to working with Matty across this role, and from what we have already seen during pre-season it is clear it will be beneficial for all,” Stajcic said.

“We all know the stature of Matty at this club and what he has achieved, so for him to be able to continue as a player here but also offer something to the young guys is great for both him and the whole group.”

Speaking about his re-signing, the 34-year old said that with a season start date now locked in preparations are fully underway.

“I’m definitely excited to be going around again and looking forward to contributing on and off the field,” Simon said.

“We have a young core this season and some exciting talent coming through, and it’s great that I am in a position where I can help them adapt to the professional football environment.”

“We’ve got a lot of work ahead of us to get to where we want to be.”