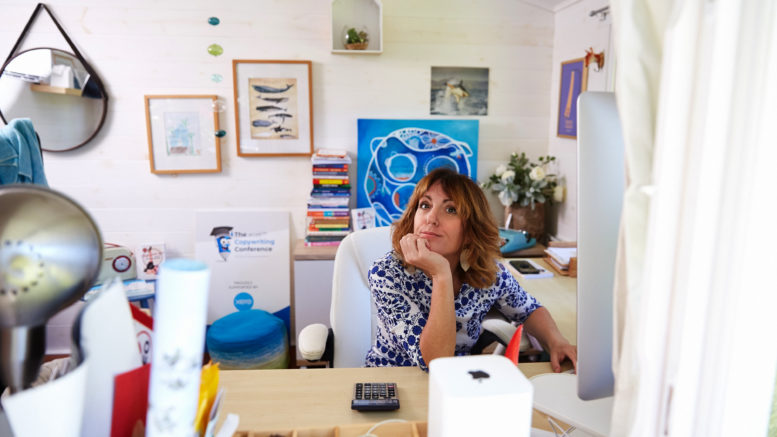 Kate Toon of Umina Beach has been nominated for two national awards.

A Umina Beach local has recently received national recognition after being named a finalist for two Australian business awards.

Founder of the Stay Tooned group of companies, Kate Toon, was named a finalist in the national MyBusiness Awards for both the Businesswoman of the Year, and the Training and Education Provider of the Year categories.

Toon runs her three businesses – the Recipe for SEO Success, Digital Masterchefs and the Clever Copywriting school from her Toon Cave in her Umina Beach garden.

With winners to be announced on December 4, the MyBusiness Awards operates as the largest independent awards program celebrating SME business owners and professionals.

Toon said being named a finalist in the two categories has been an unexpected boost to the end of a challenging year.

“The year we’ve had has been a rollercoaster, and I’ve been upfront in sharing the highs and lows of running a business throughout Covid-19 with my communities,” Toon said.

“The skills in [search engine optimisation] and digital marketing training I provide have been especially relevant in 2020, with so many businesses rapidly having to bolster their online presence.

“This recognition is a really lovely finish to what has been a tough year, and I’m thrilled to be a finalist in two categories.”

In order to accommodate a lack of space for freelancers to be given business advice and training, Toon said she built her businesses in response.

Toon also provides specialist training through two online communities for copywriters and small businesses and said she wanted to encourage these women to create a life on their own terms.

“My leadership style is open, honest and relatable – cheeky rather than conventional,” Toon said.

“I want to help other women feel confident about taking their own unconventional approach to business – and not following the rules.”

Toon was previously named the No.1 Woman in SEO by Serpstat, and received the award for Best SEO Community from SEMRush.

Her leadership has also been recognised recently by TAFE NSW, who invited Toon to be a presenter in their Women in Business training program – a fee-free scheme to help women at every stage of setting up their business.

Each tiny rehab step has a big benefit