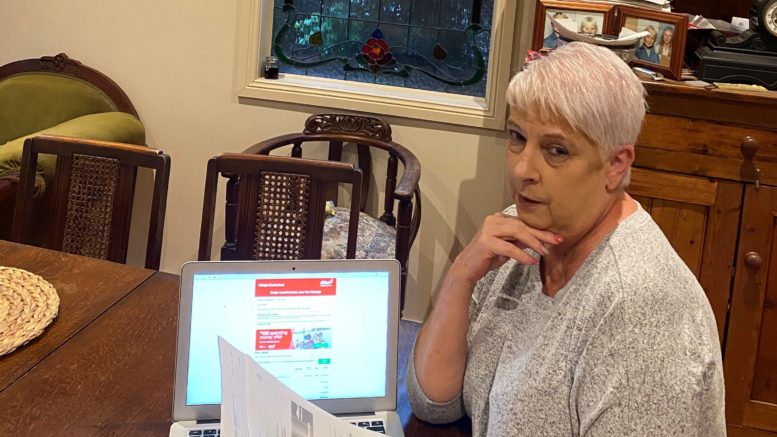 Michelle Densem of Shelly Beach is one of many Central Coast residents disappointed to have received a gift card from a travel company due to a trip cancellation because of COVID-19 in lieu of a cash refund.

Last December, Densem booked a 14-day Canadian and Alaskan trip with Princess Cruises through Webjet Exclusives, departing on May 27, 2020, and costing her $7,998.

In April, she was sent an email stating that, due to COVID, all travelling had ceased, and customers would be receiving a gift card valid for 12 months.

She then cancelled her travel insurance.

“I said to them that my preferred option would be to have my money back instead so I could decide what I wanted to do with it in the future,” she said.

“When I called the contact centre in the Philippines, they said I could only contact them via email because Webjet Exclusives’ numbers are no longer available to be given to the public.”

Webjet Exclusives terms and conditions do state that they don’t offer refunds, but Densem said she would have thought this time would have been an exception.

Webjet Exclusives did not fulfil her request for information on flight numbers, times, accommodation, or references numbers.

“I asked for all those details so I could email Princess Cruises and Air Canada and ask what the fees were and look at their Terms and Conditions,” she said.

“Webjet Exclusives told me they don’t have to provide that information. “My biggest thing is they did not give me a choice in what I wanted.”

Consumer Advocate, Adam Glezer, experienced a similar problem with Flight Centre at the beginning of the pandemic and has spent months advocating for other Australians who are yet to receive refunds.

His three Facebook Groups have over 15,000 members who have also gone through similar issues.

His new group, Travel Industry Issues – The Need for Change for Australians, has been set up for both people seeking a refund and those wanting to see a legislative change in the Industry.

He is encouraging anyone that fits into either category to join the group. “We are working on proposed legislation for the federal government which will put protections in place for consumers in the travel space,” Glezer said.

Densem came across Adam Glezer’s Facebook group over a month ago and has sought advice from him and others in the group.

“I was getting so frustrated because I was not getting anywhere, so I reached out to see if people had experienced the same thing and what their comments were,” Densem said.

“All of the information he has provided has made me feel a bit better that I was not the only person out there who had lost money.”

She is still trying contacting Webjet Exclusives however she said besides that she does not know what else to do.

“Yes, they have offered an E-card but who knows what is going to happen, you can’t just jump on a holiday next week if the borders open, other things have to come into play,” she said.

“It could be more than two years until the cruise industry is back into action – do we feel comfortable taking that option?”

Central Coast Newspapers reached out to Webjet Exclusives, but the company declined to comment.