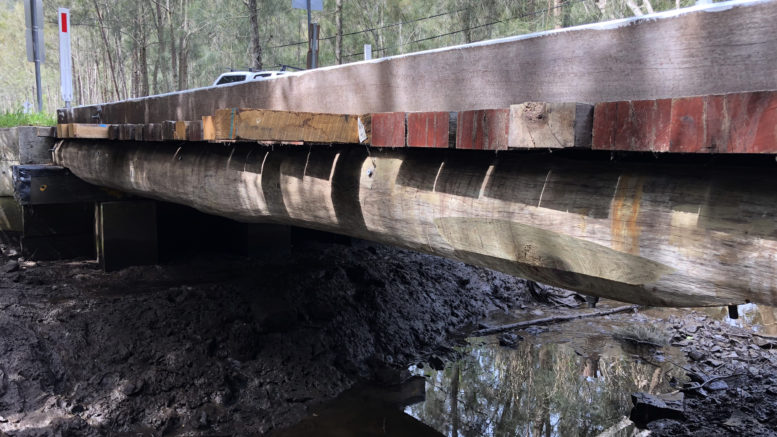 News that the La Nina weather event is set to bring heavy rains to the region until the end of summer has been welcomed by Central Coast Rural Fire Service District Superintendent, Viki Campbell.

With the bushfire season having started on October 1 and continuing until March 31, Campbell said it was good to know greater than average rainfall could be expected in coming months.

“Leading into the bushfire danger period last year, we had a significant drought, and it was very dry,” she said.

“Those dry conditions allowed the fuel to be in such a state which made the bushfire risk very real and very significant.

“This year we have had some intermittent rain over autumn and winter which has been fantastic however we still remain vigilant.”

“Since the end of August, we have really focused on areas that directly interface with properties or significant assets such as communications, water, and lighting,” she said.

“The down season has been a fantastic opportunity to put the volunteers through some of the hazardous reduction training.

“It is good to train people and get them some experience with fire in a controlled environment before they experience a wildfire.”

In April, Campbell told Coast Community News the region had been fortunate to sustain relatively little damage in the face of bushfire threats from the Three Mile Fire and smaller blazes, including at Charmhaven and Wangi.

“In all, around 10 per cent of the bushland in the combined Central Coast/Lake Macquarie area was lost, but only four residential homes, one facility (a toilet block at Mangrove Dam) and 15 outbuildings were lost,” she said.

“There were some significant fires near Blue Haven, Charmhaven, and Wangi, with the one in Blue Haven getting very close to a densely populated area.

“The Central Coast Council is one of the lead agencies in recovery, and they have had lots of discussions with us about the communities who were impacted the most.

“We have spoken to them about how we can support those communities better with future bushfires.”

A Council spokesperson said three bridges had been fixed, with work on two more underway.

Damaged signs have also been fixed, and work to improve guardrails is under progress.

The Council is also currently engineering design plans and identification of preferred locations for water supply tanks, identifying fire station sites and seeking quotes for protection upgrades, preparing reports for bushfire protection of five community halls with a works program being developed, and have also started a fire trail works program for Mangrove Mountain and surrounding.

The Central Coast Council has also received $200,000 from Stream 1 of the State Government’s Bushfire Community Resilience and Economic Recovery Fund

Parliamentary Secretary for the Central Coast and Member for Terrigal, Adam Crouch, said this new funding is in addition to $100,000 that Central Coast Council received in May 2020 to implement the Front Yard Fridays and Buy Local campaigns.

A Council spokesperson said if the Stream 2 grant of up to $300,000 is received, the money will be used for a planned a tree giveaway in April/May next year to assist the regeneration of vegetation.

One month into the bushfire season, Campbell said despite the rain, the RFS is staying vigilant.

“We are still encouraging people to maintain their preparation, such as clearing leaves from roofs, as it will only take a day or two for that risk to come back,” she said.

“The rain will alleviate some of the bushfire risks, but we should not forget that with rain comes good vegetation growth.

“Whilst there is rain, it only takes a few days of dry, windy weather, for the fuel to dry out enough to sustain fire, so the threat is still there.

“We will maintain vigilance and continue to monitor conditions, and we encourage the community to do the same.”