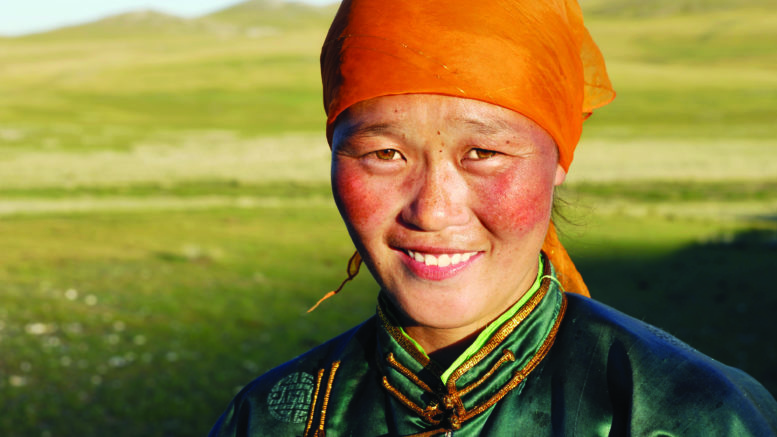 An introduction to Dr Weston A. Price

One of the areas I’m most passionate about is prenatal and early childhood nutrition.

So many of the issues plaguing our children and young adults today, whether it’s tooth decay, eczema, mood and behavioural disorders, sleep issues or learning difficulties, can be prevented, rectified or greatly alleviated by addressing one of the underlying contributors: malnourishment.

Over the next six weeks, we’ll be exploring the idea that our modern diet, even what many would consider to be a relatively healthy, ‘wholefood’ version, has overlooked several important elements, which has unfortunately contributed to an epidemic of nutrient insufficiencies in our youngsters.

For those without children in their vicinity, don’t glaze over just yet!

Everything we cover will be just as relevant to adults.

Afterall, many of us are still suffering the effects of our own early life nutrient insufficiencies!

The work of Dr Weston A. Price

This week I wanted to introduce what I consider to be the most fundamental and eye-opening research ever conducted in the field of nutrition, the work of Dr Weston A Price.

Price was a pioneering Dentist in the early 1900’s who founded and chaired the National Dental Association for 25 years.

Often referred to as the “Isaac Newton of Nutrition”, Price had a keen interest in the link between diet and health and his findings were published in his seminal book, ‘Nutrition and Physical Degeneration’, arguably the most important one on the subject ever written.

Dr Price came to understand from his many years in practice, that dental health was a reliable indicator of overall health.

On a quest to learn more about the optimal diet for his clients, in whom he was seeing more dental dysfunction with each generation, he travelled the world, meticulously investigating the health and diets of traditional cultures, including the Australian aborigines, Native Americans, Polynesians and the Inuit among others, who were often reported by explorers to have teeth as ‘straight and white as piano keys’.

What can we learn from traditional cultures?

Over 10 years, Dr Price was able to examine many thousands of mouths, documenting his findings with 15,000 photographs and 4,000 slides, some of which can be found in his book, an absolutely fascinating read for those interested in nutrition.

His research was also published in many peer reviewed journals at the time.

Invariably, Price found that the native peoples had near-perfect teeth, despite never brushing, beautiful wide faces with stunning bone structure, strong bodies, resistance to disease and what he described as ‘good character’, routinely smiling and joyous.

He also noted that the women had quick, easy labours, often under 30 minutes, and that their babies were rugged and healthy, rarely crying unless they were frightened or hungry.

Many of the infectious diseases plaguing the world at the time, such as tuberculosis, were completely absent from these traditional cultures, despite them having regular contact with affected groups.

Dr Price concluded that certain elements of the Western diet, especially flour, sugar and vegetable oils, lead to nutrient deficiencies that underly the majority of dental issues and health problems.

His research demonstrates quite clearly that when traditional peoples abandoned their health sustaining indigenous diets and adopted one with Western influences, they also suddenly became susceptible to Western diseases.

And not only all the infectious diseases of the day, but rampant tooth decay, mood issues and delinquency, problematic labours for birthing women, sickly, troubled children and birth defects that were once considered to be ‘genetic’.

The most convincing element of his research were case studies showing the reversal of tooth decay and degenerative disease using a nutrient dense diet based on traditional foods.

The photographs in Price’s book demonstrate the shocking physical degeneration that ensues whenever nutrient dense traditional diets are abandoned, by contrasting the facial structure of those on indigenous diets with those whose parents had embraced a more Westernised diet.

Gone are the handsome, wide faces with high cheekbones and wide jaw structure that allowed enough spacing for the teeth to grow in straight.

In lieu of securing some royalty free images for this column, I encourage all readers to google ‘Weston Price’ and view the accessible imagery for yourselves!

So, what were traditional people eating?

With so much geographical distance between these groups, it’s obvious that those near the equator were eating a radically different diet to those in the Arctic.

However, regardless of the specific foods that made up their diet, Price found that there were common principles that each indigenous group adhered to.

In each culture there were certain ‘sacred’ foods that were revered as nutritionally superior and given to pregnant and lactating women as well as those in the preconception period.

Upon testing them in his laboratory, Dr. Price found these foods to be extremely rich sources of vitamins A and D, nutrients which are only found in animal foods.

They were also rich in what he called ‘Activator X’, which we now know to be vitamin K2.

When he analysed the diets of indigenous groups, he found that they provided, on average, at least four times the minerals and at least ten times the fat-soluble vitamins (A, D, E and K2) than the typical Western diet at the time.

These fat-soluble vitamins are found mostly in animal foods such as butter, eggs, organ meats, fish roe and shellfish, the very foods that have been banished from our plates for the past few decades thanks to the misguided anti-fat and cholesterol campaigns which have thankfully, but only recently, been put to rest!

Over the coming weeks, we’ll dig into some of this forgotten wisdom, outlining some of the overlooked nutrients and how to reincorporate them into our diets.

If it’s something that interests you, I’ll be doing a deep dive into this subject in my most popular talk ‘Nourishing Superfoods for Children’ on Sunday, November 8, in Kincumber – my last for the year.

Why your vagus nerve is the key to wellbeing