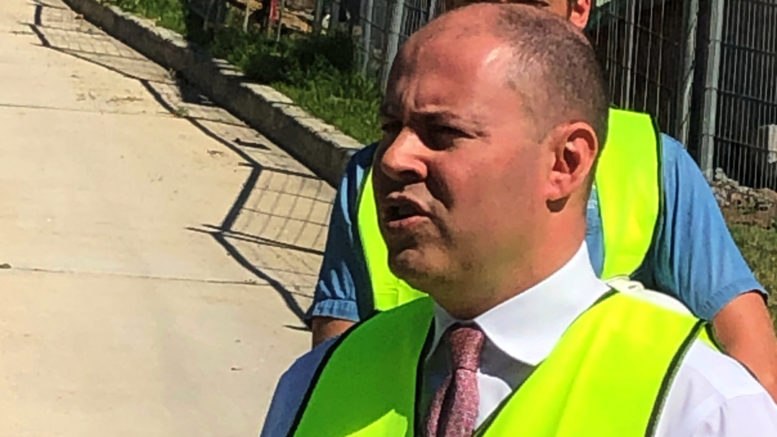 Federal Treasurer, Josh Frydenberg, was in Terrigal on October 13, talking up the recent Federal Budget, but giving little reassurance on concerns raised in the region about Budget shortfalls, including in the areas of social housing and a lack of employer incentives to hire workers aged over 35.

While the Budget provides incentives to hire people aged 35 and under, older workers on the Coast who are either on JobKeeper, which will cease after March 2021, or who have lost their jobs through COVID, face financial hardships when the JobSeeker supplement expires on December 31.

But Frydenberg said that the Government had a number of programs for people of various ages.

“For example, we have a Restart program which is for those who have been unemployed for six months or more, who are aged 50 or above, and we provide an incentive of up to $10,000 to businesses to take them on,” he said.

“More than 50,000 Australians have taken up that scheme.

“The reason why we’re focused on those aged 16 to 35 with the JobMaker hiring credit, is because we looked at previous recessions in Australia, particularly the ‘80s and the ‘90s, and the experience was that it took a long time to get people from the unemployment queues into work.

“But it took an even longer period of time to get those younger people from the unemployment queues into work.

“And we know that the youth unemployment rate today is double the rate across the rest of the economy.

“What we want to see is young people get into work as they’ve been hit hard by this crisis.

“But we want to see people of all ages get into work and that’s why (we) have strongly supported tax cuts, because that is going to put more money into people’s pockets, that’s going to create 50,000 new jobs.”

Frydenberg said, bringing forward infrastructure projects and investing in new ones, providing an extra 10,000 places for the first home loan scheme, providing business incentives and more training places through JobTrainer, and more university places, were measures designed to create jobs for all ages.

“All these measures are designed to create jobs for people right across the country, women and men, senior Australians and younger Australians, we’re all in this very much together,” he said.

When asked why more money wasn’t allocated for social housing, with a critical shortage on the Coast, Frydenberg said that while the Budget did provide an extra $1B for affordable housing, the states have the primary responsibility around social housing.

“It was good to see the NSW State Treasurer talk about investing more in social housing,” he said.

Frydenberg said that there had been a 93% recovery in consumer confidence since March.

He said he welcomed stories of Coast businesses which had used JobKeeper to build a bridge to the other side of COVID-19.

Frydenberg said Coast residents would be among 3.7 million people in NSW receiving a tax cut and businesses would be able to use immediate expensing and an expanded instant asset write-off to buy new equipment, creating jobs right across the State.

“This is what the Budget is designed to do, to create jobs,” he said.

“These are challenging times, but the Government has backed small, medium sized and larger businesses across the country.”

Little Penguins and Seabird Rescue are the main topics