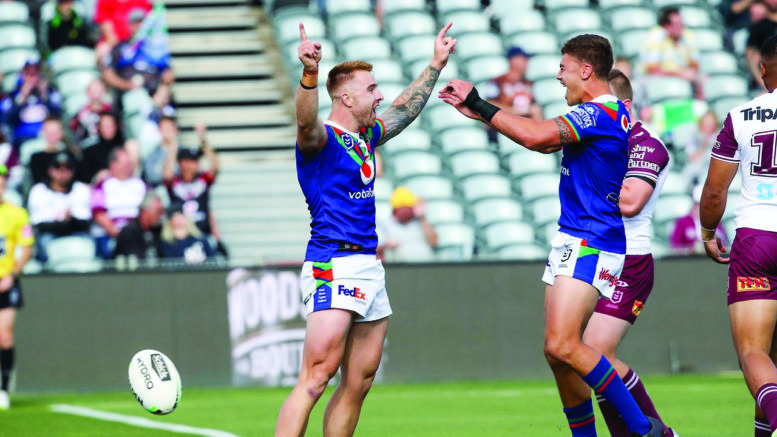 Adam Keighran reflects on the season that was Photo: NZ Warriors

While the Central Coast may have been a home away from home for the New Zealand Warriors, for Adam Keighran it’s just home.

With his season done and dusted and most of the Warriors back in NZ, The Chronicle caught up with Adam to talk his past, present and future.

Keighran was then set to impress in 2020 before the pandemic hit and injury put his season in jeopardy.

“We played our first game of the year and then the boys were essentially stuck here.

“There was a lot of uncertainty around the virus and the club basically had five days to make a decision on whether we would continue in the season before it got postponed,” Keighran explained.

With the Warriors committing to see the season through, Keighran re-joined the team for their initial quarantine period in Tamworth before suffering a serious knee injury at training in May.

Requiring surgery and an extensive recovery period, Keighran was out for most of the season proper.

It was a frustrating time for the 23-year-old, who was in the best shape of his life.

“Any injury is frustrating, but my knee did take a pretty big toll on my mental state.

“I was feeling the fittest I’ve ever been and was really excited to work with the group and play in front of a home crowd.

“The Coast is home to me, so not being able to play and being stuck in the hotel due to restrictions was hard.”

Keighran was finally given the greenlight to resume training in July, but it wasn’t long before disaster struck again.

A head on collision during an August training session left Keighran with a broken nose and concussion, ruling him out for a further three weeks.

It was a tough pill to swallow for the utility back, who’d made just one appearance in the season at that point.

Relief came in Round 19, when he got to step out for the Warrior’s clash with the Raiders in Canberra, but it’s Round 20 that Keighran counts among the highlights of his career.

Up against the Sea Eagles at Central Coast Stadium for their last hit out of the year, the match began with a standing ovation and guard of honour for the Warriors, whose decision to stay on despite the pandemic helped anchor the season.

This was followed by a Haka for retiring Warriors stalwart, Adam Blair.

But for Keighran, it was the chance to perform in front of a home crowd for the first time that stoked his fire, and that motivation would see him go on to score a game defining hat-trick that helped the Warriors along to their 40-28 win.

“Getting to run out to a crowd packed with my friends and family was just surreal.

“It was my first time playing at Central Coast Stadium for the NRL and I was blown away by the turnout.

“It was very special and something I’ll always remember,” Keighran said.

With the most unique season in living memory now over, Keighran is back in Kanwal and enjoying his downtime as the finals series plays out.

Off contract, the young gun kept it coy when talking about his plans for next year but didn’t do much to quash rumours about talks with the Roosters.

“For now, I’m just focusing on my fitness and getting prepared for next year.

“I don’t think any clubs are going to get serious with recruiting until the finals are over.

“I have been in talks with the Roosters but nothing’s set in stone.