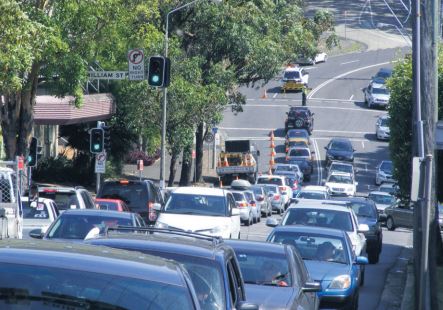 Current methods used to measure the impact of new developments on traffic and parking make a mockery of traffic planning.

The associated reports could well be described as fake traffic studies.

They do little to aid the assessment of the effects on the local environment of proposed development.

The Traffic and Parking Impact Assessment Report supplied for DA 54551, the Farnell Rd development, is a case in point.

It is impossible for the consultant to accurately comment on road changes and traffic increase without knowing other traffic projections or the details of planned road engineering changes.

Data included in the report does not include increased traffic expected due to other development approvals, which other traffic studies have validated.

Changes to the intersection on McMasters Rd and Blackwell Rd in the same precinct are caused by other approvals during the short time DA 54551 was being assessed.

There are now three intersections affected, not two as stated in the report.

Council officers appear to take the reports on face value.

There is no evidence to suggest that they question apparently extraordinary claims about traffic impact.

In this report, statements to go unchallenged include, on page five, that there would be “no significant change in the performance of either intersection or the surrounding network” and on page 18 that “there would be no warrant to upgrade the local road network as a result of any additional traffic generated by the development”.

The fact there are 46 pages of evidence is a certain indicator of increased road network use.

Similarly, the following statement on page 17 appears to have been accepted by council staff: “The 10-year design life scenario was not considered due to the relatively low magnitude of traffic generated by the proposed site in relation to background growth.”

This would seem to justify the failure to plan for future infrastructure, when “background growth” is taken to be the growth projections of the Regional Plan.

Perhaps, this is why traffic studies submitted with development applications are not taken seriously.

Reconfiguration of this road corridor will be a resource and financial problem for the Council.

It is fundamental that the quality of information supplied with development applications is critically scrutinised by council staff – to assess a proposal’s real impact, to provide for necessary infrastructure and to protect the Peninsula’s character.

Every development approval means lifestyle change for the Peninsula’s residents.