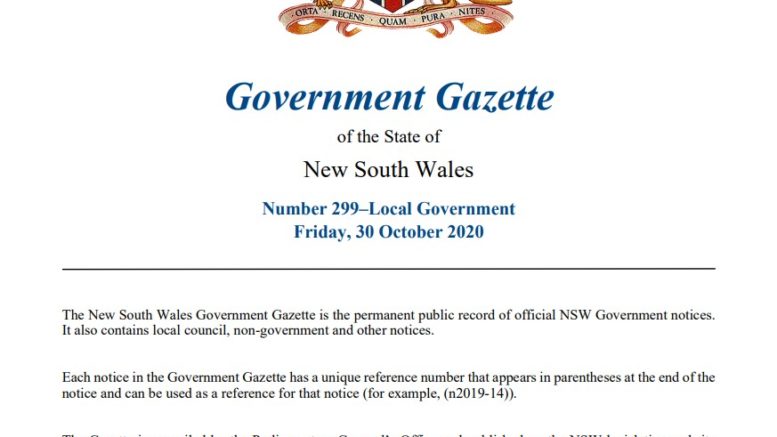 Central Coast councillors didn’t have to wait long to learn their fate, with Local Government Minister Shelley Hancock announcing on October 30 that they are suspended, just two days after they lodged a subsmission defending their position.

The announcement comes just 24 days after Council first signposted major financial difficulties, revealing that it was facing a cash crisis and a deficit of $89M on October 6

Despite launching a Finance Committee to investigate the cash crisis and developing a 100 Plan for recovery, Council found itself unable to meet staff wages last week, with the State Government forking over $6.2M to meet payroll and settle immediate debts. And on October 30 the announcement they had been dreading came – councillors are suspended and the Minister has appointed an interim administrator.

Minister Hancock said the administrator will restore the proper and effective functioning of the Council.

“There is a clear need for greater oversight and control over the Council’s budget and expenditure to restore its financial sustainability and importantly re-instill the community’s trust in the effective
functioning of their council,” Hancock said

Dick Persson has been appointed as interim administrator for three months. He is a highly experienced local government administrator with a proven track record of fixing council dysfunction, the Minister said.

He was appointed administrator following the dismissal of Warringah Council in 2003 and Port Macquarie-Hastings Council in 2008 as well as Northern Beaches Council when it was created in 2016.

He has also held senior roles in the NSW, Queensland and Federal governments. The Minister said Persson would bring with him highly experienced former local government general manager Rik Hart to oversee the council’s operational recovery.

Hart has nearly two decades of experience as a local government general manager at councils including the City of Parramatta, Inner West Council and Warringah Council.
“Dick Persson and Rik Hart bring with them the knowledge, skills and experience needed to restore the financial sustainability of Council,” Hancock said.

“I am pleased that two such highly experienced and qualified local government professionals are
taking up these positions.”
Hancock said she made the decision to suspend the Council after carefully considering its submission in response to a notice of intention issued on October 21.

Suspension applies to the mayor and councillors but does not affect council staff and daily operations.

The administrator will perform the functions of the mayor and councillors.
The move has been welcomed by Parliamentary Secretary for the Central Coast, Adam Crouch who
said the community was “breathing a sigh or relief”.“I welcome the Minister’s appointment of Administrator Dick Persson AM to Central Coast Council,”
Crouch said.
“I am also pleased that Mr Persson will bring with him Rik Hart, a highly experienced former local
government general manager to oversee the council’s operational recovery.
“Both have a strong history of rebuilding dysfunctional councils.
“The NSW Government is still unaware of Central Coast Council’s true financial position.
“This will be the first order of business for Mr Persson and Mr Hart.
“Given the magnitude of the current financial situation, the path to recovery will be long and
difficult, and I thank the Minister for putting our community’s best interests first by intervening”

We spoke to Parliamentary Secretary for the Central Coast Adam Crouch about the announcement.

“I really welcome the Minister decision today and her acting so swiftly on this very serious issue,” Crouch said.

“Our community is breathing collective sigh of relief.

“It is too early to tell whether the Councillors will be reappointed after 3 months,

“The Minister is going to get that feedback from the Office of Local Government and the administrator so over the next three months there will be the pulling apart of all of the things that have happened and hopefully this will be made very transparent and open which should have been what happened in the first place.