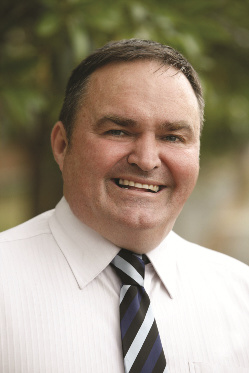 Community representation will be the big loser if Local Government Minister Shelley Hancock suspends Central Coast councillors and appoints an administrator, according to Councillor Chris Holstein.

Cr Holstein said while councillors operate and have overall governance of the Council and make decisions for the betterment of the community, they do so on the sound advice of senior management.

“The failure of management to report situations and advise councillors and the Office of Local Government on the evolving financial position of Council has given the Minister the political opportunity to remove the duly elected body,” he said.

With a full investigation of all the levels within Council is underway, Cr Holstein said he believes the Minister will appoint an administrator for a period up to, if not beyond, the next local government election in September next year.

“My greatest concern is that the placement of an administrator will have community conductivity and representation totally removed,” he said.

“This council has many excellent staff and dedicated managers, but the suspension/sacking doesn’t get to heart of the problem; the who, how and why.

“The reasons why the financials are in the state they are are many and varied going back to the formation of the new council, implementation of wards, lack of current management practices/procedures and circumstance beyond anyone’s control – fire, flood, beach erosion, pandemic – including the lack of government foresight in the amalgamation process and cost.

“And yes, councillors’ behaviour and attitude.

“This is broad ranging and complex matter, creating the prefect storm.

“But we are where we are and … the resilience of our families, businesses, services and governments … in trying times has been outstanding.

“For the Central Coast, which I hold near and dear, our community representation is the loser.

“As good, bad or ugly as it is, administration will not enable the ratepayers to communicate directly with their elected representatives to ask questions, raise concerns, seek information or participate in decision making at the local level of government that has the most impact on where you live, work and raise your family.”

Open community forums to take place before each council meeting

Suitable sites for affordable housing will be the focus