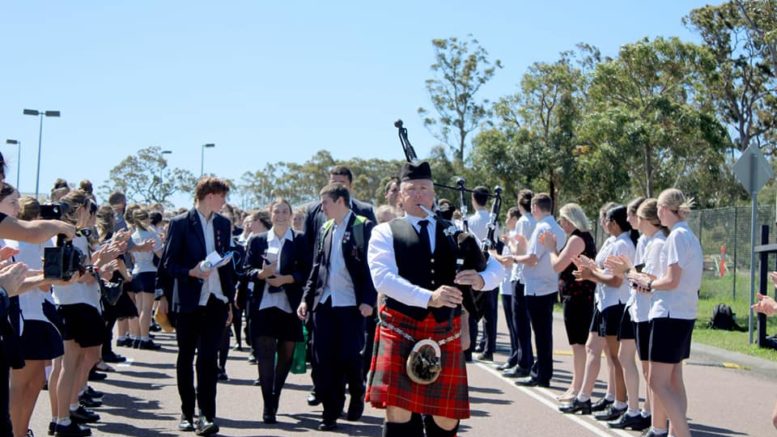 It’s been a school year unlike any other, and for the Class of 2020, it’s officially come to an end, with schools across the Coast farewelling them ahead of the Higher School Certificate (HSC).

The beginning of the spring school holidays signalled the end of Year 12’s school careers, with the cohort now entering their final period of examination preparation before the HSC gets underway in mid-October.

Graduation ceremonies, award presentations and farewell gatherings have traditionally been staple events at high schools across the region in the final fortnight of Term 3, but this year Covid restrictions have seen schools get creative with their send offs.

Sharryn Brownlee, President of the Central Coast Council of P&C’s, said many schools had opted to hold virtual or livestreamed ceremonies in a bid to give students as close to a typical send off as possible.

“I know that every school on the Coast will be having a graduation of some kind, though many are waiting until Term 4 for when restrictions are further relaxed, but those that went ahead with livestreamed ceremonies have ensured their Year 12’s had a wonderful send off and many have also recorded their ceremonies so their families now have a lovely keepsake that previous cohorts didn’t have,” Brownlee said.

With the HSC less than a month away, Brownlee was also full of praise for the comprehensive effort schools, educators and support bodies had undertaken to get the Coast HSC ready.

“From north to south, so much work has gone into ensuring that every Year 12 student will have the same level of peace, support and supervision when they sit their exams.

“Many schools have had to make alternative arrangements for students to be able to sit their exams due to physical distancing and all schools have brought on extra staff to oversee the exams and ensure that there’s minimal disruption.

“When you really get into the nitty gritty of it all, it’s an impressive effort,” Brownlee said.

Many pathways to university for current Year 12