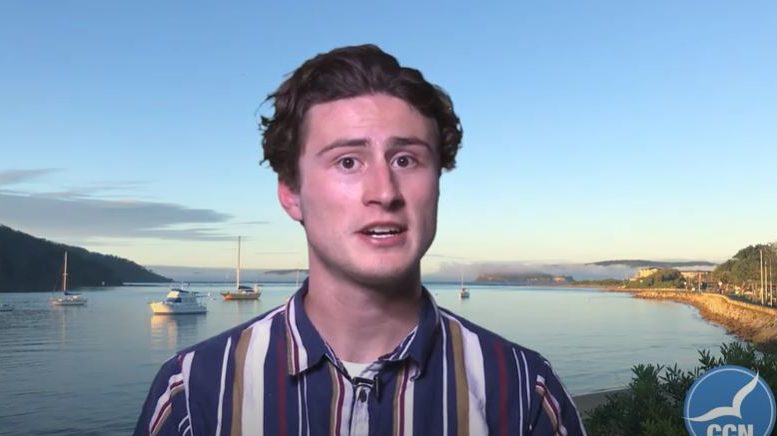 I am Jacinta Counihan and you are watching Coast Community New 5@5 September 18, 2020.

After years and many discussions the Central Coast Council has started the dredging program for the Entrance Channel which is set to continue into the coming months. Mayor Lisa Matthews, Council Director for Environment and Planning, Scott Cox, and State MP for The Entrance, David Mehan, were there for the official commencement on Monday morning.

The Council’s previously confidential Phase Two Warnervale Airport Review has been released to the public, showing how community activists both for and against the airport have challenged the Central Coast Councils decisions at all levels.

The review conducted by independent consultants, Morrison Low, concluded that Council had followed the local government act principles throughout the course of its decision-making processes, including the requirement to include significant projects in their integrated planning and reporting documents to enable community engagement.

And Central Coast received a surprise visit from the Prime Minister, Scott Morrison, on Wednesday who announced a $172,000 boost for the Australian Reptile Park at Somersby.

The money comes from a $94.6M support package for the nation’s zoos and aquariums announced earlier this year and will be used to fund operational costs associated with the care of the animals and to ensure the park remains viable post COVID-19.
The PM was also joined by MP Lucy Wicks, General Manager of the Reptile park Tim Faulkner and some cuddly friends.

Continuing on our Green Shoots theme, David caught up with the women from the in-home care service, Trusted Home Care, whose business has received a few new colleagues.

Thanks JC, And you may remember over a month ago we did an interview with CO-founder of the in-home care aged and disability service Trusted Home Care, Karen Barrett who was on the seek for more support workers, as result of an increase in demand for the service.
Well since then she has been able to offer employment to 12 new staff members but is still seeking more workers.
Hajni Kevi and Angie Garside are just two Trusted Home Care employers and they came into the studio this week to tell us how the job has been.

One of the unexpected results of the COVID situation is the rapid changes in the local rental market with residential vacancy rates hitting new lows. Anecdotally there are signs of families unable to find rental properties, forcing some to move children away from schools and breaking social networks.

The hard figues from local data analytics company See Change show vacancy rates dropping below 1% in many suburbs across the Central Coast.

Yet AirBnB listings and occupancy rates are growing rapidly in some cases eroding the supply to the long term rental market. For example See Change data shows there are currently 140 Airbnb properties advertising 5 or more bedrooms.

In August there were 78,241 Airbnb room nights, which works out to be 2545 rooms available per night. – Interestingly local hotel room supply is now less than Airbnb at only 2233 rooms.

Airbnb eating into the local long term rental market is something that’s been happening around the world, with many cities restricting Airbnb room leasing.

Of course Airbnb is only one of several factors affecting the local rental market, not withstanding people moving to the region and of course a relatively low supply of new home construction, especially in the affordable housing sector.

Now moving on, let’s move on to Hayley for this week’s top sport stories.

The region’s growing army of groms continues to impress on the Australian competition circuit, with some of the coast’s youngest surfers the latest to be put in the spotlight.
Norah Head’s Mia MacMahon and Kincumber’s Talia Tebb both secured titles at the recent Woolworths Surfer Groms Competition at Sydney’s Curl Curl Beach, with MacMahon taking out the Under-12 Girls and Tebb the Under-10’s.

And 2020 marks 20 years from 2000 Summer Sydney Olympic Games. We spoke to Avoca mum and ABC reporter Emma Simkins, who was among yherteam of ABC staff chosen to be part of the Olympic broadcast team. Back to you JC.
JACINTA

It’s been a forecast of all the seasons this week, lets check in with Haakon to see what’s happening over the weekend.

The warm spring weather of the past week is set to continue this weekend, yet

also with a slight to medium chance of rain. Coasties may also notice a smoke haze from

hazard reduction burnings to the South and North of the Central Coast.

to 30 km/h. This will be followed by a mostly sunny afternoon, with a maximum of 23

degrees after an overnight minimum of 13 degrees.

Sunday morning will involve a slightly increased chance of rain reaching a 40% probability.

North-easterly winds will continue throughout the day until becoming light in the evening. A

maximum of 24 degrees is expected with another overnight minimum of 13 degrees.

Both days this weekend are expected to reach a UV Index reading of 6, therefore CCN

recommends that sun protection measures are taken between the hours of 9:00 am and

Back to you JC

Thanks Haakon and All of these stories and thousands more are available on our news website and remember to pick up a copy of this week’s Coast Community News issue number 260 and Coast Community Chronicle 206. Be sure to subscribe to our Social’s Youtube channel and Facebook page for updates during the week.

We leave you with a chat we had with Ellika Dattilo, who is a local non performing songwriter who recently teamed up with blues artists and former Australian got talent contestant, Owen Campbell. Together with music producer Ben romalis, she has directed and filmed his music clip to the song “I want to see your love” so check it out.