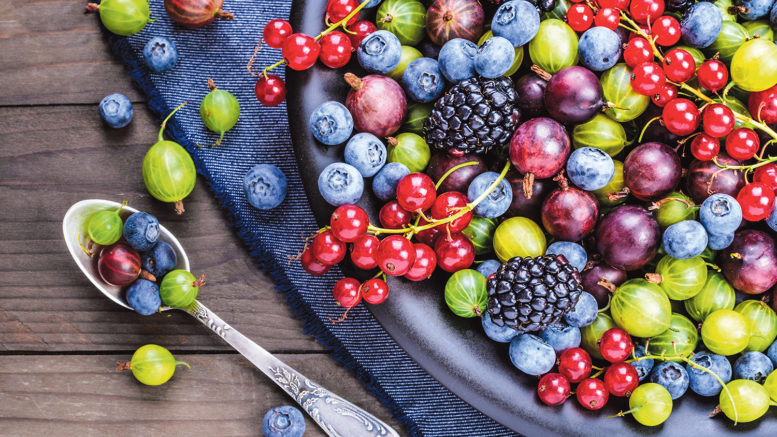 As we continue our Spring Cleansing and Self Care theme, we’re diving into the topic of detoxification and so I thought I’d draw on the expertise of my good friend Kristy Plunkett.

Kristy is from The Wholistic Life – a highly regarded local Naturopath with over 15 years clinical experience and senior lecturer at Torrens University.

Kristy’s passion is helping others restore the natural balance of health, through safe, natural, ethical and sustainable approaches.

Every year, we create thousands more poisons, toxins and chemicals that are dangerous to the body.

Their purpose is to speed up the tasks of cleaning, cooking, travelling, producing food and communicating, but we are now eating, drinking, breathing and otherwise ingesting them at alarming levels.

In addition, every chemical process in the body – and we have tens of millions of them happening every minute – produces toxins that need to be effectively eliminated from the body.

If they aren’t, the toxins will be stored and the damaging effects of them will build up over time and eventually cause big problems.

While this sounds alarming, the good news is that the human immune system is incredibly robust and very good at dealing with such threats – given the right environment and support.

The need to detox

The body has a complex excretory system whereby it can eliminate toxic build up – through breathing, sweating, urinating and defecating – so keeping these things functioning optimally is paramount.

When combined with stress, irregular sleep, eating nutrient void and calorific foods, the build of toxic loads will start to weaken your body and make it more prone to disease.

So, how often should you detox?

If you are constantly absorbing these toxins, you need to be getting rid of them just as frequently, but definitely no less than twice a year.

Detoxing should be a way of life, as it has been traditionally in most cultures over the ages.

With that said, I do encourage people to consider not only cleansing the body of accumulated toxins but also to remove as many as possible from their environment.

We all know that car fumes and air pollution are toxic but many of us don’t realise that perfumes, furniture polishes and cleaners, make up and many other everyday items all contain substances toxic to the healthy function of our bodies.

So where do we start?

Some people go to extremes with fasting, enemas, colonics, raw foods, juice fasting, etc, and these certainly can fast track your cleansing.

But unless you are confident of what you are doing here, it is best to contact a Naturopath or Nutritionist or investigate a reputable program in this area.

For most of us however, it is enough to start by assessing where you are at and making some small and steady changes.

Detoxification involves dietary and lifestyle changes that reduce the intake of toxins while improving elimination – you need to eliminate to assimilate!

While avoiding processed foods, flavouring, colours and additives as well as sugar, alcohol and caffeine-laden drinks is advised is advised, here are some suggestions of foods that support natural detoxification:

They’re also high in fibre, which encourages the excretion of toxins through bile and stool – without fibre toxins will pool in the colon for days or even weeks, fermenting until they are absorbed back into the bloodstream.

Spinach and dandelion greens are excellent sources of chlorophyll, which is considered the top detoxifying plant pigment, while broccoli has been linked to protection against air pollution (and broccoli sprouts contain enzymes that protect against cancer-causing chemicals).

The citric acid and Limonene found in the peel of lemons can protect liver function and prevent oxidative damage – all you need to do is squeeze fresh, organic lemon with a slice of rind into a glass of water.

(Be sure NOT to brush your teeth soon after drinking lemon water, or other acidic beverages. This could harm the enamel on your teeth.)

Researchers found that garlic can inhibit the activation of carcinogens, enhance detoxification, and even protect DNA.

Turmeric is known to support the liver in detoxification process and proven to be antibacterial, antiviral, anti-inflammatory, antitumor, antioxidant, antiseptic, cardio protective, hepatoprotective, and a digestive aid.

The primary active ingredient in turmeric is curcumin, which is what gives it its bright yellow colour.

If you eat turmeric straight, you may not absorb much – I love mixing fresh and dried turmeric into other foods along with black pepper (piperine) which helps increase curcumin absorption substantially.

Besides being delicious, blueberries are nutrient-dense and are an abundant source of antioxidants – they’ve been shown to lower blood pressure, boost vascular health, fight cancer, protect lungs, and prevent Alzheimer’s, among other effects.

Some plants can bind to heavy metals and help your body excrete them.

Those plants are known as “chelators” and this flavourful herb is one of them!

Rich in phytochemicals, many people use ginger as a gastrointestinal aid.

Since the intestines perform so much detoxification work, ginger can help boost your body’s ability to process food and eliminate waste.

It is very important to stay hydrated as all body process rely on water in one-way or another.

It is not only the amount of water we consume but the type – in my humble opinion filtered tap water is the best option, ideally with a filter that removes contaminants such as chlorine and other metals.

Finally, when detoxing, it is also important to consider ways to emotionally detox too – to reduce stress and the constant build-up of adrenaline and cortisol within our bodies.

These are all easy lifestyle changes to make, yet they will have enormous effect on your well-being.

This in turn, will allow your body to cope better with both its internal and external environment, keeping itself healthier and reducing the risk of disease.

In case you’re interested, Kristy and I will be speaking together at an upcoming event on Thursday 22nd October 10am-12pm at the Mariner’s Centre.