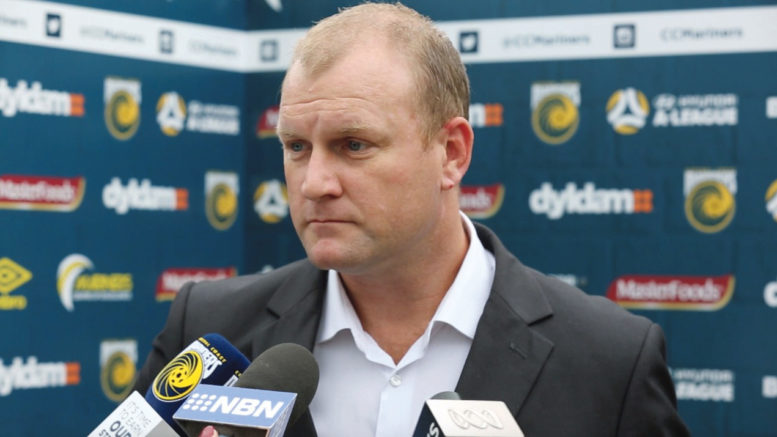 Central Coast Council is to facilitate a crisis meeting with the Mariners, State and Federal MPs and business leaders amid fears the A-League soccer club, which is up for sale, could relocate away from the Coast.

The decision followed an emotive address ahead of Council’s September 14 meeting by Mariners CEO Shaun Mielekamp, who appealed for more Council support in keeping the club local.

Mielekamp described the relationship between Council and the Mariners as “transactional” rather than a partnership.

He told councillors there were three entities involved; a not for profit children’s academy, the A-League club and a development arm.

The club could also become a base camp for the Women’s World Cup, he said.

Mielekamp said the Mariners had received words of support from Council but needed swift action.

He reinforced that the club could be relocated away from the Coast, mooting a possible offer from Canberra, and said support to keep it in the region could come in many forms.

While the club had not initiated the call for a crisis meeting, it supported the move, he said.

In a motion brought by Councillors Greg Best and Bruce McLachlan, councillors were asked to note the possible sale of the club with concern and recognise the significant economic, social, educational and public health contribution the organisation has provided over many years to the region.

Cr McLachlan said Council has sponsored and actively supported the Mariners over many years and said Council could choose to be “proactive or reactive”.

“The loss of the Mariners would be a major blow; it is the Coast’s only major sporting club and we have already heard from Mr Mielekamp that they are not feeling the love from Council,” he said.

Councillor Rebecca Gale spoke in favour of the motion, saying the Coast could not afford to lose the club, which provided children’s coaching, jobs, and tourist dollars.

“I can’t believe we’re staring down the barrel of potentially losing the Mariners,” she said.

Mayor Lisa Matthews reinforced that Council officers had already had several meetings with Mariners executives, particularly in regard to the club’s development arm, and reminded councillors that Council could do little to prevent the sale of the club and decisions which could be made by a new owner.

Unless Council wanted to put money on the table, it could not secure tenure of the team she said.

Deputy Mayor Jane Smith said it was unclear what the Mariners’ expectations were about how Council could assist but she was happy for the meeting to go ahead and for the outcomes to be shared with councillors.

Although Council staff had recommended against a meeting, saying that several meetings had already been held and there was little that a crisis meeting would achieve, the motion was adopted unanimously.

Councillor Chris Holstein did not take part in the vote, having declared an interest as his daughter works for the Mariners.