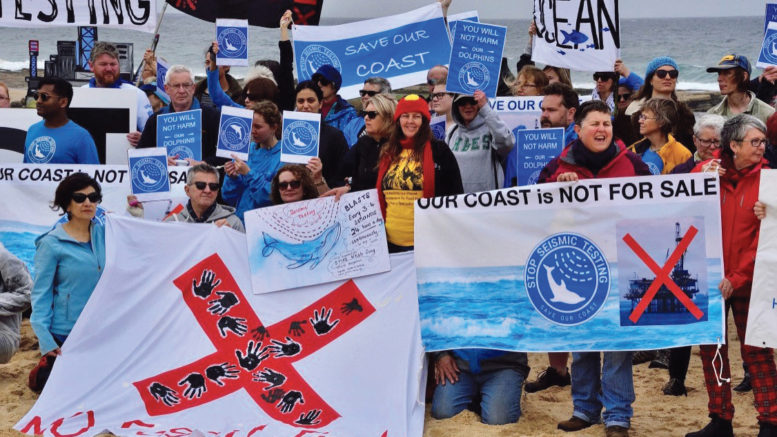 Community group Save Our Coast has condemned the revelation on September 15 by Prime Minister Scott Morrison of huge handouts to the gas industry, including $52.9M to build new gas pipelines and open up five new gas basins.

Founder and director Natasha Dean said the move could have disastrous climate and economic implications and could facilitate gas exploration off the Central Coast under the PEP 11 licence.

“At a time when Australia needs an economic recovery based on secure long lasting jobs in sustainable industries, the Australian government is instead trying to lock in increased short-sighted climate-destroying fossil fuel production for decades to come,” Deen said.

“The announcement is yet another taxpayer funded handout to fossil fuel companies that seeks to subsidise gas companies building their infrastructure with our hard-earned public money, facilitating devastating projects like gas drilling off the beautiful Central Coast while the community, environment and climate pay the cost.”

Deen said research shows investment in the gas industry creates far fewer jobs than renewables, or in fact almost any other industry per dollar invested.

“It is abhorrent to fund fossil fuel companies when those millions of dollars could and should be better spent on families and businesses struggling during COVID 19,” she said.

“(They could be) invested in secure renewable jobs that nurture our communities, climate, and environment, and future proof our economy.”