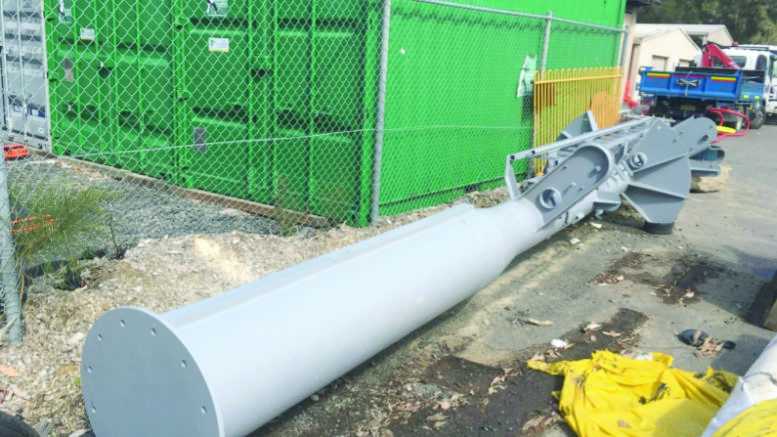 The installation of the Mast of the ex HMAS Adelaide II at the Haven at Terrigal remains in limbo, more than two years after a decision was made on where to put it and almost 10 years after the idea first emerged.

But now Central Coast Council has moved to speed things up – with a third attempt to get a development application (DA) approved.

The councillors want a new DA submitted and that DA to feature the latest design including a current visual assessment. There has been some community criticism of the location in the past.

CEO Gary Murphy has been requested to undertake detailed community consultation on the project.

Councillors also want the disability access advice peer reviewed for inclusion in a new DA. The directions to the CEO were adopted at the July 27 meeting.

During the meeting, Cr Rebecca Gale declared a less than significant non-pecuniary interest in the matter as she has been in contact with the key stakeholders. She chose to stay in the meeting and to participate in any discussion.

Cr Jane Smith declared a less than significant non-pecuniary interest in the matter as she has connections to individuals advocating for this through the diving community and perceived conflicts through the Marine Discovery Centre.

However, the matter went through undebated as part of a group of items passed enmasse.

Discussions at that meeting identified inconsistencies with the design in a second development application that had been submitted and the desired final outcome.

As Council was the applicant on behalf of the group, council staff withdrew the application. The report on July 27 said staff were still waiting for information for the next DA.

So far, council, as the applicant, has submitted two DAs to itself and withdrawn both. Council’s DA Tracker shows council received submissions from locals who thought the location was wrong.

“It is the only open space on the Coastal Haven Walk that remains totally natural and unencumbered by man-made fixtures,” said one.

“It is frequented by those seeking solitude, by picnickers, whale-watchers, wedding parties, early morning sun worshippers, romantics and lovers of nature.”

Another said: “Locating the mast at the proposed site would create an eyesore, interrupting view of the natural cliff line, from all points in Terrigal.

“The Steel Grey Pole structure could not be considered a thing of beauty.” The HMAS Adelaide was scuttled 1.8km off the coast between Terrigal and Avoca on April 13, 2011, and the mast given to Council to erect as a memorial.