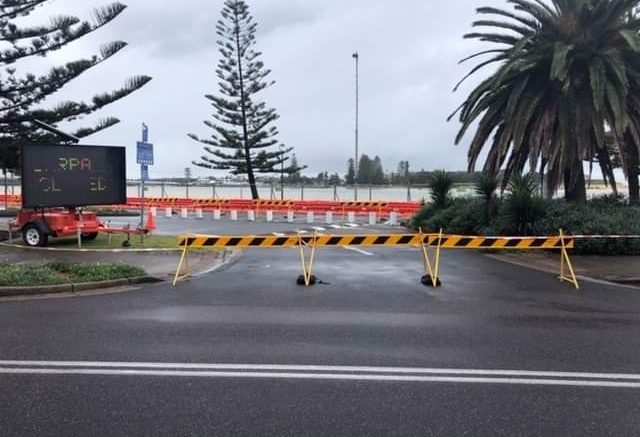 Central Coast Council is rolling out a program of works at The Entrance, causing changed traffic and pedestrian conditions in and around the town, including the Marine Pde car park.

These works are due to be finished by August.

There will be rectification works to the pavers in Waterfront Plaza and along the waterfront footpath.

Late in May, high seas and storms lashed The Entrance foreshore and uplifted part of the concrete pathway and Memorial Park car park was closed temporarily due to the tides flooding the carpark with water and sand.

Since then, Council has installed a temporary detour footpath and traffic diversion in and around the town centre, including the Marine Parade car park.

There are changed pedestrian movements around the Memorial Park car park while bollards are being installed at the playground and the fence along the waterfront footpath was due to come down by July 10.