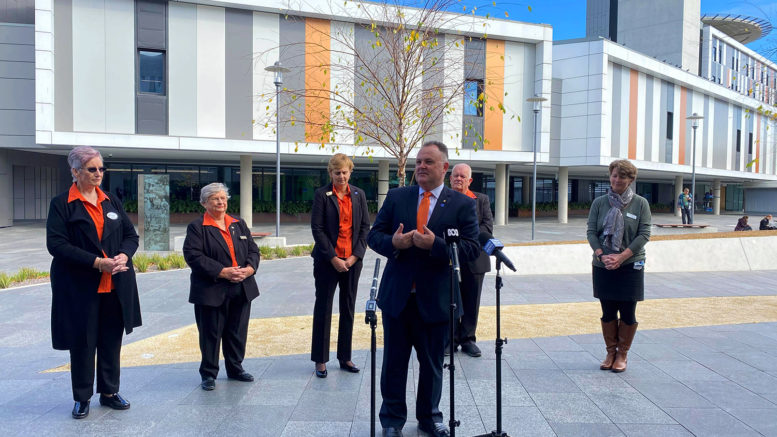 Construction will begin this year on the region’s first dedicated Palliative Care Unit at Gosford Public Hospital thanks to a commitment from the State Government announced on July 16.

The 10-bed unit, to be located in the hospital’s old maternity ward, is expected to be operational by the end of the third quarter next year, with tenders set to go out in coming weeks.

Parliamentary Secretary for the Central Coast and Member for Terrigal, Adam Crouch, said it was critical that families facing the death of a loved one have more choices and greater access to high quality care.

“That’s why it has been a personal priority for me and for the NSW Government to find a way of enhancing palliative care options right across the Central Coast,” Crouch said.

“For many families – including my own – palliative care is an incredibly sensitive issue.

“The least we can do as a community and as a Government is create the best facilities in a hospital setting.

“The new indoor and outdoor spaces will transform palliative services for patients, families and carers.

“It is so important that we create the right environment where there is not only the best care, but the surroundings are sympathetic too.

“The great news is … that has the ability to expand.”

Elsie’s Retreat committee member, Oana McBride, said having the unit at Gosford Hospital was the best model for ongoing funding.

“We are sort of in the middle here at Gosford …it’s easy to get too,” McBride said.

The inspiration to lobby for the unit started 12 years ago after McBride’s close friend, Elsie, tragically passed away from breast cancer.

Elsie noticed that at the time there was no service for people in their last stages of life and asked McBride to establish one here on the Central Coast.

The funding is part of a $10.1B investment in health infrastructure from the NSW government, which also committed in 2019 to eight new palliative care nurses for the Coast.

Fit-out costs for the new unit are estimated at around $400,000, with operational costs to become apparent once the unit is up and running.