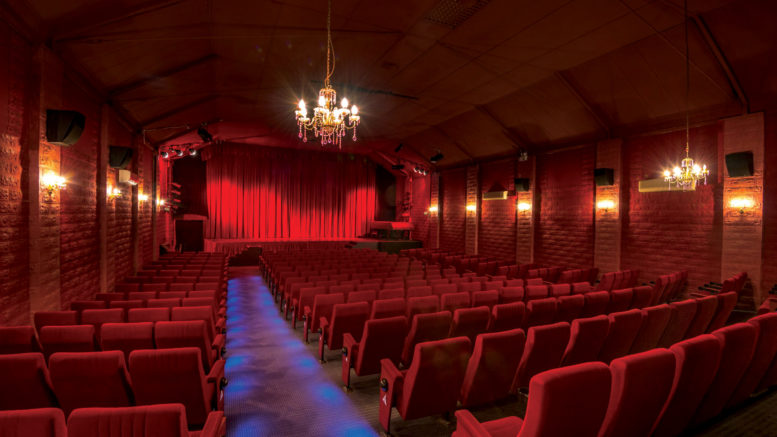 Avoca Beach Picture Theatre is back and stronger than ever

It’s been a week since cinemas across the Coast were given the green light to reopen and, while many are taking time to adapt to COVID restrictions and uncertainty plaguing the film industry, one local theatre is forging ahead.

Beth Hunter is the owner of Avoca Beach Picture Theatre and says, after a three month hiatus, the projector has hardly been switched off.

“All last month we had people dropping in to ask us when we’d be back and now that we’ve reopened its been busy, busy, busy,” Hunter said.

With a whirlwind reopening week behind them, Hunter believes there’ll be no slowing down, thanks in part to the nominal impact COVID-19 has had on their offering compared to larger, more mainstream cinemas.

She attributes this to the willingness of patrons to abide by current biosecurity measures and the theatre’s status as a specialist film and entertainment venue.

“Before we opened, we did a deep clean and now we have all the usual protocols in place like cleaning and sanitising between sessions, strict seating allocations with 1.5m gaps between patrons and lots of hand sanitiser.

“It has been hard seeing the maximum number of people in our 300 seat theatre set at just 76, but so far everyone has been very respectful and understanding of the new rules,” Hunter said.

“And since we aren’t reliant on international films our programs have been largely unaffected by the virus’ impact on the film industry, especially this time of year when most cinemas are full of American blockbusters.

“We have a discerning audience and specialise in Australian and foreign arthouse films, so really our program hasn’t changed too much,” she added.

Hunter says these two factors combined means cinephiles may need to get in quick to secure tickets.

“We’re predicting we’ll have a lot of sold out events and we have a lot of special screenings coming up so we think the rest of this year will be kind to the theatre,” Hunter said.

“The festival is very popular and we’re very excited that we’re able to proceed with it as planned just with more limited numbers.

“Soprano, Judie Rough, will be performing a concert to open the festivities which I’m sure will set the mood,” Hunter said.

Avoca, On the Beat

Crackdown on fishing around The Adelaide