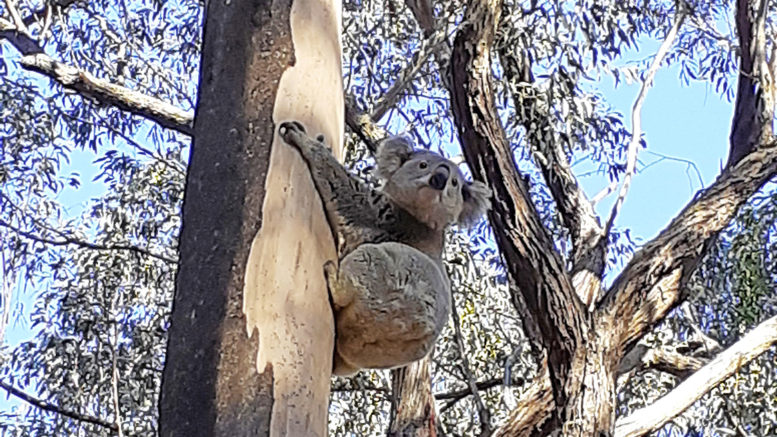 It’s coal versus koalas, as community group Coast Environmental Alliance (CEA) hits back at Wyong Coal, operators of Wallarah 2 Coal Project, over suggestions that the group was “misrepresenting the environmental implications of the project, such as the impact on koalas”.

Wyong Coal says the mining project continues to be subject to deliberate misrepresentation by some, yet the Alliance co-founder, Jake Cassar, says it’s Wyong Coal that is purposely misrepresenting the environmental impacts of the project.

Wyong Coal included an Exploding the Myths section in its latest newsletter “to re-inform stakeholders about our significant program for biodiversity conservation offsets based on minimising impacts on native vegetation and habitat while securing a much greater area of native vegetation for long term preservation and management.

“Certain members of the community have grossly exaggerated the native vegetation clearing required for the Wallarah 2 project.

“Further, they purposely misrepresent the environmental implications of the project, such as the impact on koalas, by saying that ‘the massive clearing of native forests in this area to establish a mine and to construct a new train line will be devastating to this koala colony’”, the statement reads.

Yet, Jake Cassar says “There’s been no misinformation from our group.

“This mine will indeed clear potential koala habitat, it’s listed in the company’s own environmental reports.

“The project’s approved offset conditions claim that it ‘will provide long term biodiversity protection of an area of native habitat about 400 percent larger than what will be cleared, all of which is potential koala habitat’”.

Cassar says CEA is of the opinion that such offsets are simply a method that is used to justify the destruction of extremely sensitive areas.

“No matter how much this foreign owned project tries to justify its environmental impacts, the bottom line is that there is no threat to the land that they are claiming to protect apart from the obvious threat from the project itself,” Cassar said.

CEA recently made public a photograph of a koala taken in December, 2019, in Yarramalong Valley, which brought the push to stop the longwall underground coal mine back into the spotlight.

“This koala was in the very area that will be undermined and is only kilometres from where the mine will clear 121 acres to start the project.

“It would be foolish to believe that turning the area that supplied the majority of the Central Coast’s drinking water into a coal mining town, with 28 years of trucks, trains and pollution pumping into the environment, won’t impact our local environment, including our struggling koalas.

“The government knows the risk to our water supply and it’s the main reason they promised to not let it go ahead before the 2011 State election, only to approve it as soon as they won the election.

“Hopefully someone in the government has enough common sense and foresight to find a way to stop this going ahead before it’s too late for our community and our precious koalas.

“Central Coast residents aren’t opposed to sustainable development, we are all for it, but you don’t have to consider yourself an activist to not want a project potentially compromising the drinking water for over 300,000 residents, and destroying some of the Coast’s last koala habitat.

“All this for a mine that will create less local jobs than if we opened another Bunnings,” Cassar said.

In Wyong Coal’s latest newsletter it said: “The Wallarah 2 project will require clearing of native vegetation totaling about 49ha for its Buttonderry, Tooheys Rd (including rail spur) and western shaft surface facilities site.

“About 90 percent of this native vegetation is not in endangered ecological communities.

“Most of the development will occur on existing cleared and disturbed lands.

“Wallarah 2 will more than compensate for this clearing with a minimum of 197ha of native forest habitat on land owned by Wyong Coal to be conserved in perpetuity as part of the project’s biodiversity offset scheme.

“As the proposed mine will operate deep underground, no clearing will be associated with underground mining activity and it will cause no impacts on koalas.

“Koala habitat can potentially include over 70 different types of eucalypt and another 30 non-eucalypt species which are widely represented through the region.

“The project’s approved offset conditions will provide long term biodiversity protection over an area of native habitat about 400 percent larger than what will be cleared, all of which is potential koala habitat,” the newsletter said.