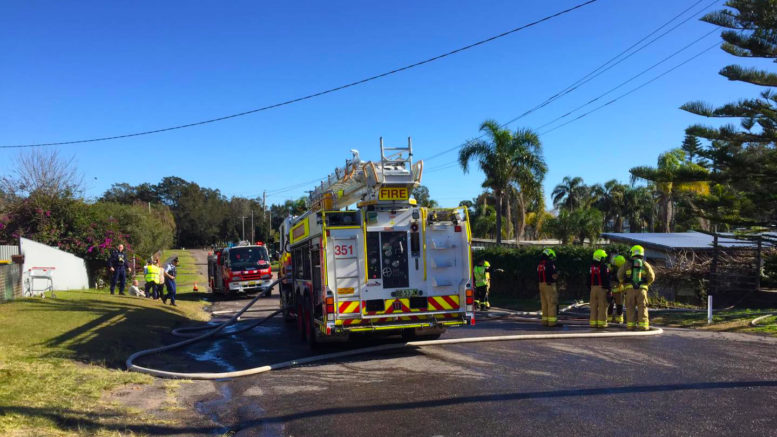 Firefighters at the scene

An elderly man has been praised for his quick thinking after a fire broke out at his Long Jetty unit.

Fire and Rescue NSW crews from multiple stations across the Coast were called to the scene on Elsiemer St, just after 10am on Monday, June 15, to find the upper level of a two storey house well alight, and were quickly able to bring the fire under control.

The 86-year-old resident told responders that the fire started in his kitchen and that fearing for his safety, he quickly fled the building, shutting the door behind him.

A spokesperson for FRNSW said it was this simple act that helped contain the fire to the one part of the building.

The occupant was treated for smoke inhalation.

Investigations into the fire are ongoing, but it’s understood that it’s not being treated as suspicious.