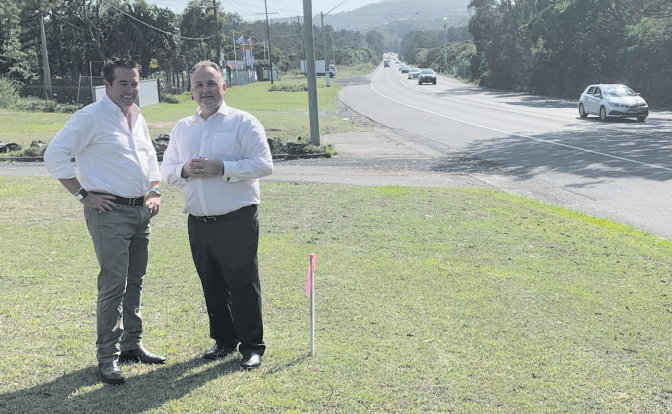 [Forum] Good luck to those residents hoping that the upgrade of the Central Coast Highway from Bateau Bay to Wamberal ever goes through.

If the extremely long overdue widening of the road through Wyong is any guide, their great-grandchildren might see an ambitious politician turn the first sod of earth just before an upcoming election.

For over a decade, the highway improvements through Wyong which was sitted by the NRMA to be the worst bottleneck in NSW, has been with the State “Minister for Mirrors”.

When asked when it is going to occur, the same rote reply is given, the Minister is “looking into it.”

Thousands of new houses have been built between Wyong and San Remo and not one major, arterial or Federally funded road has been improved, widened, built or even repaired.

Common sense could see that the duplication of this so called highway, from Johnson Rd, Mardi, through to Costa Ave, San Remo, is urgently needed.

Likewise, a traffic pressure relieving link road from the Watanobbi roundabout along the rail line to Sparks Rd should be included.

But, the biggest problem is that the Federal Government doesn’t know about Wyong, the State Government cares minimally about the Central Coast, especially the Wyong Shire, and the so-called Central Coast Council, read Gosford Council, likewise has minimal interest, except to take our money with increased rates and charges.

Any wonder that politicians are held in such low regard?

Anyway, I suppose we should be overjoyed that the Minister for Mirrors is ‘reflecting’ on it.