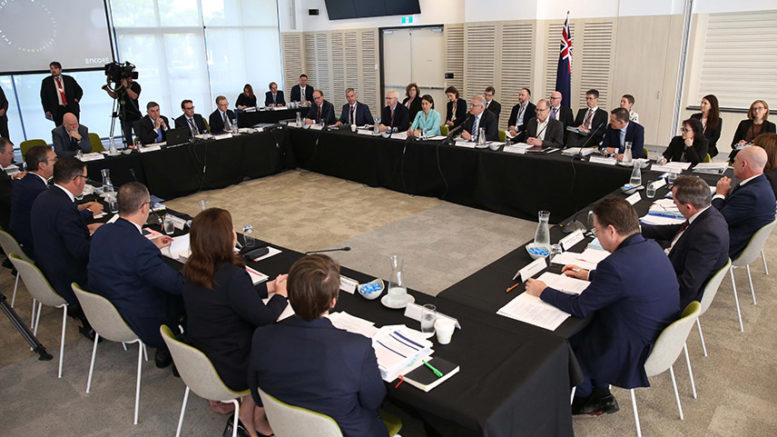 With the recent announcement that a permanent National Cabinet will likely replace the former Council of Australian Governments (COAG), councils are pushing for a seat at the table.

Central Coast Mayor, Lisa Matthews, saying excluding the voice of local government would lead to a “greater divide” between levels of governance.

Cr Matthews said cutting out the voice of local government at the National decision-making table would be detrimental to communities.

“It would create a greater divide when we know we get better outcomes when all three tiers of government work together,” she said.

“We have seen first-hand through recent events such as the bushfires, floods and now the coronavirus pandemic, the utmost importance the role local government plays in supporting and being a voice for their communities.

“To not include local government representation at the national level is in contradiction to the fundamental purpose of the three levels of government, and that is ensuring Australians have someone to represent them at each level of government.

“How can we be certain that the needs of the people – our communities – are being heard if we do not have a seat at the table?”

Local government leaders from across the country have united to call on Prime Minister Scott Morrison and state leaders not to leave councils and their communities in the dark.

Councils are currently represented at every COAG meeting via the Australian Local Government Association (ALGA) under a long-standing agreement.

“Local governments deliver – at the forefront of every disaster and as the backbone of every nation-building program,” Scott said.

“Local governments must continue to be part of Australia’s national decision-making because they know what matters most, and how to deliver on this at the local level.”

Prime Minister, Scott Morrison, has previously stated the National Cabinet will meet with ALGA once a year.