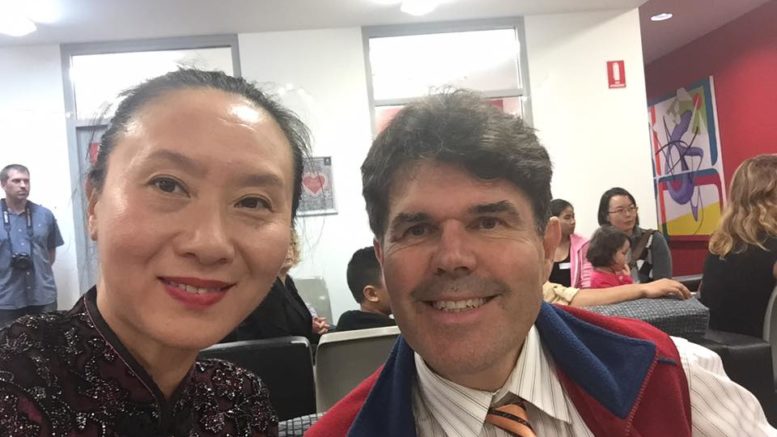 It is the first party from the area to be registered with the Electoral Commission to contest the next local government elections in September 2021.

The party is called Central Coast Heart and it will abbreviate to CC Heart for election purposes.

The party was registered with the NSW Electoral Commission on January 22, this year, renamed from the former political party, Save Tuggerah Lakes.

Save Tuggerah Lakes was set up by former Wyong Mayor Doug Eaton in 2004.

Save Tuggerah Lakes put up candidates in all five wards in the 2017 Central Coast Council elections, but none were elected.

The next local government elections were due to be held this September but Covid-19 saw the State Minister for Local Government Shelley Hancock postpone them until September 2021.

The postponement of the elections means that there is now a further short period of time in which new parties could be registered with the NSWEC for the 2021 elections.

Being registered means a party can fundraise and accept donations or make payments for electoral expenditure.

The CC Heart party was already registered with the Commission under its previous name and the new name was updated in January by president, Adam Troy.

The Constitution, submitted to the electoral commission, says the party will advocate for the good governance of the Central Coast region and, to that end, it will stand candidates in the Central Coast Council local government elections.

Previously, under the old name, its constitution said it was a political party which would advocate for the health of Tuggerah Lakes and related issues.

Membership of the party is open to any person who in the opinion of the executive can assist the party in achieving its goals.

“Members who no longer in the opinion of the executive share these calls may be removed by the executive from membership,’’ the constitution reads.

The party agent responsible for ensuring electoral expenditure and donations returns were made and records kept was named as Hongyi Yang, wife of former Wyong mayor Doug Eaton.

Elected councillors must continue to submit disclosure forms every six months for political donations and annually for electoral expenditure.

The Electoral Commission said that to receive the benefits of registration, a new party would need to be registered 12 months before the closing date of the election.

“The closing date is the 40th day before the election,” a spokesperson said.

“As a date has not been officially set for the election in 2021, interested parties are advised to first contact the NSW Electoral Commission as the registration process takes a number of weeks.

“Once the election date is set the 12 month deadline for new party registrations will be known.”

Registration is open for candidates, groups and third-party campaigners but people who registered for this year’s election do not need to re-register.

Applications must include all requisite forms, information, and documents to ensure they can be processed according to the requirements of the relevant legislation. Prospective applicants should contact the NSW Electoral Commission at fdc@elections.nsw.gov.au for access to its Political Party Registration System.