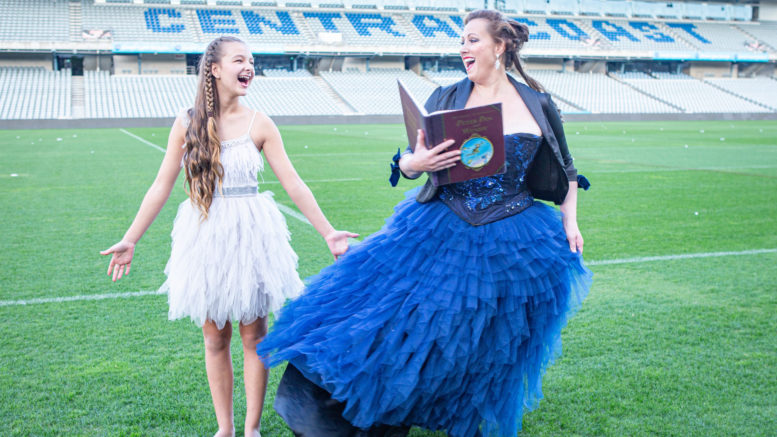 Disney to Diva will see some of Disney’s biggest anthems ring out across Gosford and beyond, along with a handful of musical theatre numbers and operatic classics, performed by a stellar line-up of talent.

It comes off the back of COA’s livestreamed Salute to the ANZACs concert, which saw many locals tune in to commemorate the nation’s service people together.

Many Gosford residents also took to their balconies or gathered around the stadium to listen in and cheer the performers, and spurred on by that warm reception, Angela has prepared this concert to continue sharing the joy of music with the people of the Coast while they are in lockdown.

“This is a great opportunity to bring more live music to the Coast and to show the people of Gosford that COA can be so much more than just operatic repertoire,” Angela said.

With limits on public gatherings still in place, COA will be livestreaming the concert again.

Since launching COA a little over a year and a half ago, it’s been a dream of Angela’s to bring her craft to life at the stadium, she just never imagined it would happen under such circumstances.

“I’ve always wanted to organise a professional concert with singers, an orchestra and ballet there.

“It’s such an amazing venue and it’s got so much more potential than just being for sport.

“Council and the team at the stadium have been incredibly generous and supportive.

“They allowed COA to use the stadium on ANZAC Day for free and are gifting the venue again for Disney to Diva.”

The concert will also be a way for COA to generate some income for its artists, with livestream viewers able to donate to the registered charity and arts organisation if they’re enjoying the show.

Disney to Diva will take place from 4pm on June 7.