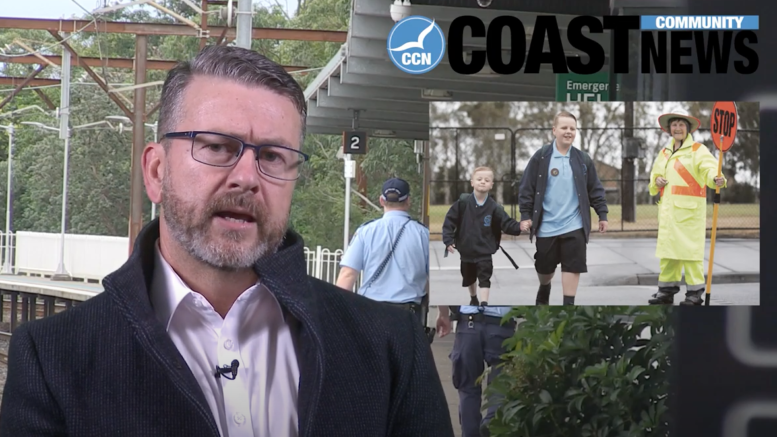 Well four of the Coast’s Labor politicians have warned of mayhem on the State’s trains and buses when some 40,000 commuters are expected to return to work from Monday.

Under current Covid-19 restrictions, capacity of trains will be limited to 35 people per carriage and just 12 people per bus, with commuters allowed only to sit on seats marked with a green dot.

The State government has also appealed to commuters to avoid travelling at peak hours or to consider drive and park options where possible.

But Shadow Minister for the Central Coast, David Harris, said the reality is that trains from Newcastle will likely already be full by the time they reach Gosford or Woy Woy, causing delays and crowding on platforms.

And Pete Allaway, acting Chief Executive for NSW Trainlink issued a statement to staff this week saying that they should encourage customers to play their part in helping keep the network safe, but that it is not their job to enforce physical distancing. And that begs the question of who’s job it is.

But Brownlee says the return to school is not without its challenges, not the least of which will be how kids adhere to social distancing guidelines on public transport in peak hour conditions.

Thanks Ross, yes I spoke with Sharryn on this issue earlier today – this is what she had to say.

Well, a major political stoush has erupted over the Coast’s TAFE colleges.

Parliamentary Secretary for the Central Coast, Adam Crouch, issued a statement earlier in the week announcing a 4% increase in enrolments since 2017 and that ALP members should stop scaremongering over privatisation.

Crouch said the State was 100% committed to Gosford TAFE and that it will not be privatised.

But Shadow Minister David Harris said the recent increase in enrolments don’t come close to making up for declines over the past 10 years.

Here’s more of what David had to say.

In other news, Australian Law Society President, Pauline Wright, who’s based here in Gosford, was this week the victim of an attempted identity theft.

And finally, Tuggerah’s Senior Sergeant John Thomson handed in his badge this week after a long career in the NSW Police Force that began in 1962.

He provided these reflections on over 50 years of service.

And what a great career and a great loss for the Force.

Back to you Ross.

Thanks David and may the force always be with you.

Well, for those eagerly awaiting the arrival of the NZ Warriors, they’re here.

Our sports-loving German producer Alex Herget, who ditched the Mariners this week in favour of our new NRL team, caught them in action at the Stadium this morning.

For those of you who enjoyed the amazing Anzac Day Opera performance at Central Coast Stadium live-streamed all over the Coast, another dazzling performance is in stall.

Coast Opera Australia is set to perform Disney to Diva on June 7 and promises another moving and uniting experience.

Keep an eye on our website as we’ll have more details on that in coming days.

One of our hottest trending stories on our website today is about World Bee Day and calls from Member for Gosford Liesl Tesch, herself an avid apiarist, to support struggling beekeepers and the revival of bee colonies following the bushfires.

In case you didn’t know, this week was National Volunteering Week and Volunteering Central Coast announced Paula Howard as the Coast’s Volunteer of the Year.

Paula has worked tirelessly for Meals on Wheels for 21 years and is renown for dressing up on special occasions to brighten up the lives of those she visits.

Beau Barton was named Young Volunteer of the year, while Jayne Mote was named Living legend Volunteer and Central Coast Newspapers extends our deepest gratitude to all the thousands of volunteers across the coast who we work with and who keep our community whole.

And, while we are on the subject of music, we leave you this week with some of the sounds of The Phoenix Collective from their upcoming livestreamed event ‘Different Trains” somewhat topically, reflecting on train travel in the 1940s. I wonder if they hada  No dot, no spot policy in those days.

Coast Community News Issue 243 was out, hot off the press this morning. You can grab your copy at any one of our 450 distribution points around the Coast.

Presented by Ross Barry with David Abrahams. Filming and production by Alex Herget.