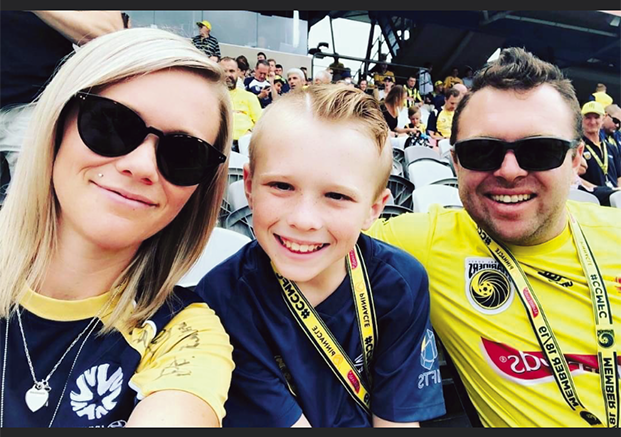 Central Coast Mariners majority shareholder Mike Charlseworth is reportedly in negotiations with the Manly Sea Eagles and Northern Beaches Council to use Brookevale Oval instead of the iconic Central Coast Stadium in Gosford.

The negotiations were reported by SBS World Game last week, stating Charlesworth was frustrated with his bid to take over the management of Central Coast Stadium from Central Coast Council.

The Mariners have previously confirmed to CCN they submitted a bid to Central Coast Council in an open tender process announced by Council in December 2019.

It is believed the Mariners were one of several groups bidding for the management rights.

Central Coast Stadium has had over $2 million worth of upgrades over the last few years, partly to assist the Mariners in an attempted to bid for a women’s league team in the national W-League competition – a bid that has so far been unsuccessful.

The Mariners have struggled on and off the pitch over the last six years with numerous changes to coaching staff and players.

The team now has ended up with the wooden spoon in four of the last six seasons.

Charlesworth’s overtures to play away from the Central Coast are not new having taken the Mariners on the road to Canberra and regional NSW.

The Mariners also staged a series of ‘home games’ in north Sydney in 2014, something that did not go down well with local fans and was generally considered a flop.

One rusted on Central Coast Mariners supporter Michelle Commins said game days at the Central Coast Stadium were a great family outing and that such a move could mean the end of the team.

“My son looks up to the Mariners – they are the only national sporting team on the Central Coast.

“They are on the verge of losing fans now as it is.

“I’d like to see them sign more quality players and get more involved in the community so the players can bond with the fans more.”

Central Coast Mariners management was not available for comment as we went to press.

Terrigal junior makes a dream start for the Mariners