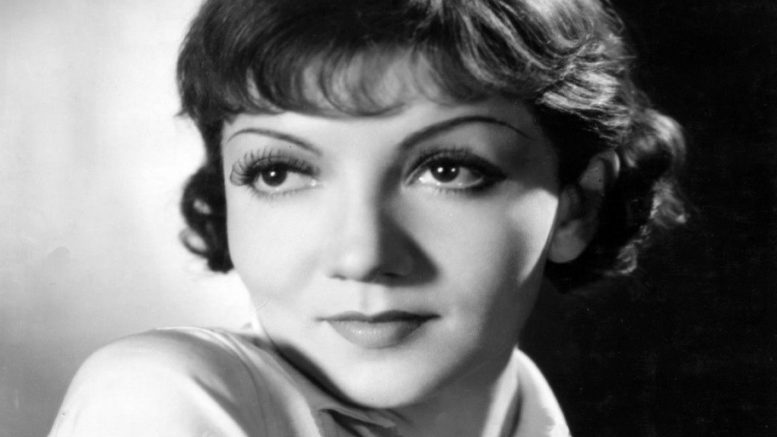 Then came the war … The men went off to fight and there was a desperate shortage of workers.

Jim had started work at the age of 14, working on the neighbouring farm, chipping the beans.

Avoca was famous for its early beans – these were planted in June on high sunny land which would then produce a crop before any other region in NSW except up north.

The aim of the game was to have beans, even a bag would score you fame, in Melbourne on Melbourne Cup day.

So, each year there was eager harvesting in late October and then the early beans were rushed off by train for the special rendezvous with the Cup.

There were also a lot of citrus in the area at one point, but Jim explained that the soil was too rich so that the Valencia oranges, tasty though they were, developed a skin a quarter inch thick, and buyers didn’t want to plough through that amount of rind.

The oranges did better on less rich soil, though many oranges were still grown in the valley along with other fruit.

Jim switched from local farming to work in Gosford for SunGold while still a teenager and, to get to work, he needed a motorcycle.

He got himself a BSA.

While motorbikes were more common than cars in the day, in his early 20s, Jim did find himself driving a car, but not his own, a taxi.

He had a taxi contract to take five workers to the Boys Home and then take home five who were knocking off.

The Boys Home accommodated kids “not as bad as kids today”, says Jim.

They were good enough to lend out to farmers, so short was labour during the war and early post-war.

These prisoners were delivered by bus, supervised apparently, and made good workers.

Jim loved his BSA and tells of the rattling ride on those machines and how they’d race on the dirt roads to any excitement in the offing, like when the guest house at Avoca caught fire, or when a plane crashed on Avoca Oval.

Valiant efforts were made to save the beloved piano upstairs at the guesthouse.

Braving the flames, the men got ropes around the beast and were lowering it to the ground when the ropes broke and the piano smashed to the concrete.

The plane was luckier.

It was a regular flight that came over every day, collecting weather information.

Everyone heard it spluttering overhead on that particular day and raced to where it looked like coming down, guessed to be Heazlett Oval.

It was almost a perfect emergency landing but the pilot ran out of grass and clipped a wing, though, as Jim points out, he didn’t tip on his nose and break the prop.

The plane was there for a couple of days until they took it apart and hauled it back to Sydney on a truck.

During the war there was another plane that went over every day, regular as clockwork.

You could set you watch on it.

This plane was hunting Japanese submarines along the coast.

What else was fun apart from sport?

Dances at the Kincumber hall were a big event, boys and girls arriving separately, the girls chaperoned by Mum or Dad.

Indeed, it was said that if you hadn’t seen Joe do the chicken dance, you hadn’t lived.

Joe, dirt poor, living in a humpy, was also farming in the valley.

Sometimes Jim worked for him and so got to know him well.

Joe was as funny as Charlie Chaplin, it was said, and with a nose like Jimmy Durante.

At the dances, Joe would abandon whoever he was dancing with and go into his solo act.

He’d take over the floor, flapping like a chicken, people laughing and applauding until they’d had enough and wanted the dance floor back.

Joe could be a pest and one night a drunken group tried to drown him in a pond, or at least that’s what Joe thought they had in mind.

He fought like a wild animal, ripped the shirts off four men, imagining they’d boot him down each time he tried to get his head above water.

This Joe was a born romantic, more a dreamer it seems than a successful lady’s man, and he had a chronic obsession with the screen star, Claudette Colbert.

There was a bus on Saturdays and Sundays from Avoca to Gosford for lovers of the Pictures.

First it went to the Valencia theatre on Mann Street which was then becoming a dump, according to Jim, and next to the new Regal which was all swank.

For six shillings, you got a return trip on that bus plus entrance to the movie.

High-class stuff like Gone with the Wind, was the Regal’s fare, whilst the Valencia struggled along, showing rubbishy B movies till it closed.

It was probably at the Regal that Joe fell for Claudette Colbert, Jim thinks.

Maybe Joe saw Claudette in the five times Oscar winner, It Happened One Night, and probably Joe wished it had!

Another terrible setback was Joe’s attempts to make life more comfortable for his parents.  He rigged up a hanging bed to keep them out of reach of rats. But the rats dropped from the rafters onto the poor old folks and away they went, the parents, not the rats.  Joe kept everybody laughing, never thinking of going on the stage because there was no stage to go on, except the stage of life

Taxi work led to young Jim becoming friends with bus drivers in Gosford and a bus driver himself.  The buses were sturdy second hand Leyland double-deckers from Sydney. Why are there no photos of double-deckers of the Central Coast at the time, I wondered?  Two reasons, according to Jim. Firstly, a double-decker legally required a conductor to collect fairs, adding to the cost of running it. Secondly, the schoolkids would always ride on top and create top deck mayhem, running, wrestling and chucking things. There was a mirror that allowed the driver to see what was happening up top, but the boys found a way to cover it and so it was a blind ride for the nervous driver.

For these reasons apparently, they chopped the top off those local buses, made them into single deckers.

Where they hard to start?

“Not that hard,” Jim said. “You’d take off the manifold, pour a little ether into the air intake, then there’d be a bang loud enough to wake all of Gosford, and she’d run all day without stopping.”

Not only the buses needed igniting. There was one driver who was notorious for driving drunk. Pulled into the office, this Harry was asked if he knew it was illegal to drink and drive.

“Of course, Boss” said Harry. “I never drive while I’m drinking, I always pull over.”

In those days, it was bottled milk they delivered and people left their money, 12c a bottle, in certain agreed hiding places.

One time they were plagued by thievery, the money at one particular house being always gone.

They staked out the place and caught the young thief.

Jim must have given him something of a belting because the parents took him to court and for six months, Jim was on a good behaviour bond, the little villain no doubt delighted.

In those days Avoca Beach did fill up over summer.

The population swelled as hundreds of tents went up where the surf club now is.

Families stayed there through to February, the nights noisy with singalongs, keeping awake those who wanted to get up before dawn to fish.

There was always a very keen Avoca fishing culture, those boats on the beach, and Walter Pickett, far out to sea each morning.

He’d invite campers to go out with him but his boat was so leaky, that few risked it. Indeed, his boat got to be so dangerous that the locals chipped in to buy Walter a refurbished boat.

When he found out that strange new boat on the beach was for him, his eyes filled with tears.

The gift was not surprising, Walter, himself as I’ve told, was generous to a fault and thus much loved.

When he and his grandson got back with the catch, Walter often gave away flapping snappers to the campers.

Just like he would come down from his farm to the camp ground with a pole across his shoulders, walking like a Chinaman, two cans of home-grown fruit, one on each end, also to give away.

No wonder they locked Walter up from time to time, such crazy benevolence, the sword, and those scattered threepences, all too weird!

PART ONE of the story of Jim Bowcock can be accessed here.