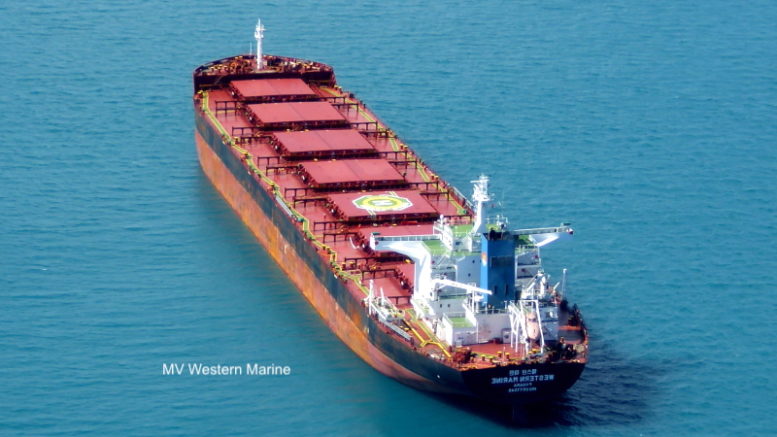 The search for a man who fell off a bulk carrier in waters off the Central Coast has been suspended.

The Australian Maritime Safety Authority (AMSA) confirmed the search had been terminated at 6pm on Wednesday, April 15, with the man’s time frame for survival ending at last light.

The sailor was aboard the Newcastle bound MV Western Marine when he fell overboard at around 7:30am that morning when the ship was 50kms off the coast of Terrigal.

A major multi-agency search and rescue operation was in full effect from 8am with rescuers searching for several hours.

“The decision to suspend the search was based on expert medical advice that the time frame for survival had ended.

“AMSA would like to express its sincere condolences to the family of the seafarer and their crew mates aboard the Western Marine,” an AMSA spokesperson said.

“AMSA would also like to thank search and rescue crews for their valiant efforts in searching more than 130sqkms of ocean for the missing seafarer,” they added.