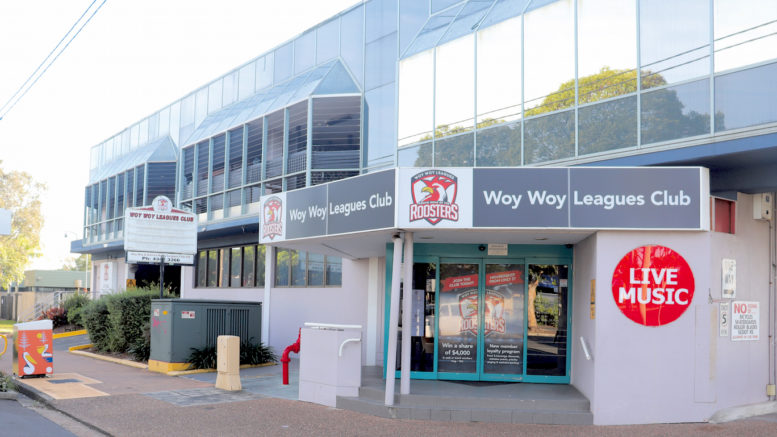 The iconic club, in Blackwall Road Woy Woy, has been closed temporarily over recent weeks due to the state-wide COVID-19 related restrictions, but after a long financial struggle, Easts Group have now decided to make the closure permanent.

The news came as a shock to the club’s 3,846 members, including both playing and non-playing members.

Easts Group Sports Director said the decision was not made lightly and comes with a heavy heart.

“We, as a Board, fully understand and realise the disappointment and sorrow that our Woy Woy members and staff will be feeling with this decision,” Samphier said.

Easts Group entered into a joint venture with the Woy Woy Leagues Club in 2012 during a difficult period when the club was reportedly suffering financially.

Samphier said the Easts Group, which is also home to the NRL’s Sydney Roosters, has enjoyed over seven years of partnership with the club.

“I have personally formed an enjoyable allegiance and many friendships with our sporting club, leagues club and staff members and also throughout the surrounding Peninsula Community.” Mr Samphier said.

“In 2012, the Woy Woy club’s doors were closing, and we’ve kept it going since but at an ongoing loss.”

As part of the partnership, the Easts Group have provided significant financial support to the playing group over the years, at times in excess of $100,000 a season.

In an effort to turn the club’s financial position around, the Board of Directors began a process to redevelop the club site including Over-55 style accommodation, commercial office spaces and a new leagues club premise.

The proposal was met with great enthusiasm by local members, according to Samphier, however in January 2019, the Site Compatibility Certificate Proposal was rejected by the State Government’s Independent Planning Committee.

“By this point, the Easts Group had invested around $800,000 into the development’s compilation and design,” Samphier told Coast Community News.

“Over the latter months of 2019 and into 2020, the financial trading position of the club continued to decline, posing a significant financial burden.”

Along with newly appointed Easts Group CEO; Joe Kelly, Mr Samphier has promised to liaise with licensed clubs within the Peninsula community in an attempt to transfer the Woy Woy club’s membership base across to a new club to ensure that members have a home they can enjoy.

“Should we be successful in achieving this goal for the benefit of our members, the Easts Group will pay the joining fee costs of each of our members to transfer to this club.

“We shall also be negotiating this transfer process for our loyal staff members who have served the Woy Woy Club for many years in an effort and attempt to gain them employment wherever we can to the best of our ability.”

Despite this disappointing turn of events, the Easts Group is seeking to make good on its commitment to develop the Woy Woy Juniors.

In coordination with the Easts Group Board of Directors, an annual grant of $20,000 over the next three years has been approved, to begin once the Coronavirus pandemic has passed, to support the development of local junior rugby league players, with the option to extend this for a further two years.

Easts Groups past involvement has involved endeavours such as organising various Sydney Roosters NRL Matches throughout the Central Coast and updating the football fields and facilities at Tuggerah Lakes Secondary College, The Entrance Campus into a first-class training facility for Central Coast Rooster representative players.

The departure of the Easts Group as a financial sponsor places a big question mark over the future of the senior’s playing group.

Mr Samphier said that Easts would use their best endeavours to help the senior players to continue as a team or potentially merge with another playing group.

With the restart of the 2020 season still unclear, these developments have added even greater uncertainty to the future of Rugby League on the Peninsula.