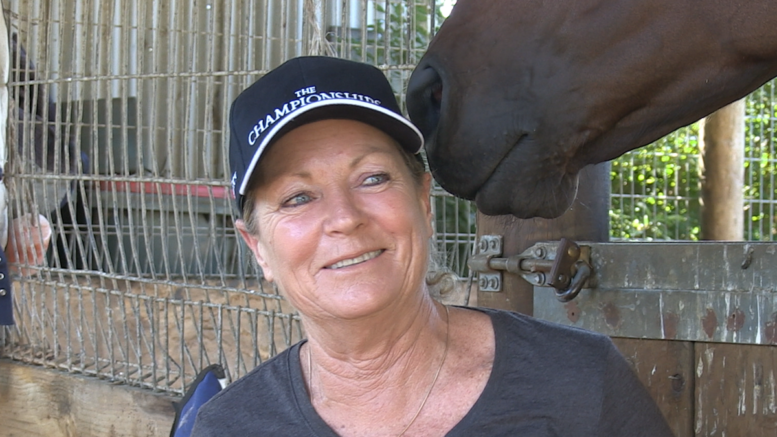 Locally trained five year old gelding, Through The Cracks, has taken out the prestigious 1400 metre Provincial Championship at Randwick of the Easter long weekend … and connections have enjoyed the lion’s share of the total $400,000 prize money for the event.

In times crisis, sporting triumphs can bring people together, just like those of Don Bradman and Phar Lap during and after the Depression years.

The Central Coast now has a new team of local heroes to add to the list – Through The Cracks, trainer Angela Davies and the horse’s owners led by horseracing enthusiast Michael Hohos.

Hohos reportedly snapped up Through The Cracks at a Hunter Valley yearling sale for just $7500 and syndicated across several of his Coast-based friends – a restauranteur, a baker and a sparkie, among others – for $750 each.

Through the Cracks is trained locally at Davies’ Narara stables.

Davies is already something of a local legend, having trained horses on the Coast for decades and is known for a more hands-on and caring model of training.

“This is our horse, he is my Phar lap, these are the things that make people happy,” said Davies.

Many owners and punters alike have backed Angela and the horses she trains over the years and many have come away with smiles on their faces.

In 2015, the inaugural Provincial Championships proved a resounding success for the racing industry and was hotly contested by a number of provincial trainers.

Since then the race has become one of the biggest races of the Autumn Carnival.

The 2020 Polytrack Provincial Championships originally offered record prize money for a Provincial race with a $500,000 prize pool, though this was adjusted down to $400,000 due to current budget constraints.

We asked Davies why the sport of horse racing was still able to be performed in the current shutdown period.

“Because we [the sport] can control social distancing and keep minimal human contact.

“Now racing has really come into its own, as it’s the only sport operating,” she said. The win is also a first for the relatively small Gosford racing fraternity.