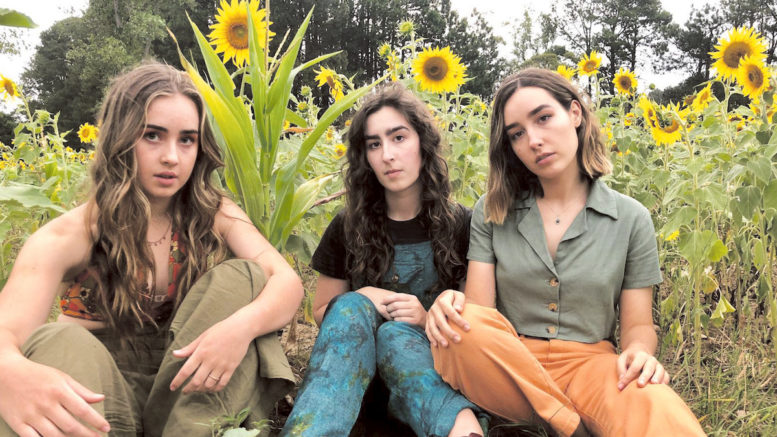 Mia, Abbey and Jaymi Toole, AKA the Little Quirks Band

A family act, sisters Abbey and Mia Toole, along with their cousin, Jaymi Toole, are the Little Quirks.

Forming in 2015 to pursue their mutual goal of making music, the trio have become one of the hottest folk-pop acts to emerge from the Coast and while they’re still teetering on the edge of making it mainstream, they’ve already carved a name for themselves in Australia’s indie circuit.

The trio have toured the country and have supported some big names in Jack River, Xavier Rudd and Alex the Astronaut, a far cry from their early days busking at weekend markets around the Coast.

While the girls are no stranger to the festival scene, Isol-Aid was their first crack at a livestreamed festival, with their set on April 11 a unique opportunity to introduce their music to the thousands of Aussies that tuned in from around the country.

Launched to give musicians a platform during the COVID-19 pandemic, Isol-Aid kicked off in the days following the initial lockdown of everything deemed non-essential.

The arts and entertainment industry has been one of the hardest hit by the sudden shutdown with artists and musicians facing the prospect of months without paying work.

Set up through Instagram, Isol-Aid was intended as a one off massive weekend of free to stream live music featuring 72 of Australia’s hottest acts, with people tuning into the festival asked to donate whatever they could spare to Support Act, a charity established to help musicians and artists make it through to the other side of COVID-19, or to buy merchandise directly from artists’ websites.

That was on the second last weekend of March, and since then there’s been an Isol-Aid every weekend, with the online festival growing to include up and coming acts right alongside those big name artists.

Since making their Isol-Aid debut the Little Quirks socials have been flooded with messages of support and well wishes from new fans, proving that the festival founders were on to something.

With Mia still in school, the Little Quirks are doing what pretty much every other local is doing, buckling down to wait out the pandemic.

But as the first local act to feature on Isol-Aid, we can’t wait to see other locals follow suit.