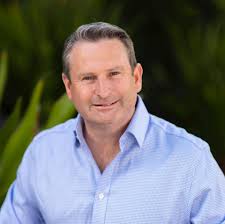 The State Opposition has called for a bold NSW Local Government stimulus and survival package to support council workers during the coronavirus pandemic, but Parliamentary Secretary for the Central Coast, Adam Crouch, says a local government specific package is unlikely.

Shadow Minister for Local Government, Greg Warren, said councils were “bleeding money” in an effort to soften the impact of COVID-19 on communities.

“A stimulus package would not only provide councils with a much needed financial injection, but it would also help fast-track shovel ready projects and ensure that employees remained in the workforce,” Warren said.

He said most councils were dipping into cash reserves to keep things afloat, but many would not be able to do that over an extended period of time.
“In some cases, councils, particularly in rural and regional NSW, are the biggest employer in their community.” Warren said.

“If the state government supports councils through this COVID-19 crisis then councils can support their communities, it’s that simple.”
NSW Labor leader, Jodi McKay, said workers in the crucial sector, as well as their families, had been largely overlooked by the State and Federal Governments.

McKay said a plan was urgently needed to include protections for local government workers who are unable to work remotely or cannot be in their workplace due to the COVID crisis, including the same pay and protections provided to State “crown” employees.
She said there should be no termination of employment or reductions in take home pay of any local government employees during the crisis period, including casual employees.

McKay is calling for a dedicated Keep Councils Working and Services Fund for NSW Local Government.
“This hardship fund would allow local councils, both those that are drought and bushfire affected and smaller councils which have a reduced rate base and virtually no reserves, to retain workers and continue to provide essential services,” she said.

She is also calling for the creation of a Local Government Infrastructure Fund to stimulate local jobs and undertake community based shovel ready projects.

“Economists agree that this is the best way to stimulate local economies,” she said.

She wants a clear ruling from the Federal Government on whether a greatly reduced local government rate base is equivalent to a significant drop in business trade, allowing all employees, including casuals and those stood down, to receive the Job Keeper $1,500 per fortnight payment.

McKay also wants a guarantee that local government general managers cannot use the current COVID crisis to reduce wages and conditions.
She said the suggestions had been made following strong representations from the United Services Union and Local Government NSW.
“These are extraordinary times and they require extraordinary measures,” McKay said.

“We need a bold plan so that local government workers can feed their families and have a roof over their heads.”
Local Government NSW (LGNSW) President, Linda Scott, welcomed a recent announcement on State Government funding help for Council run childcare centres but said the Federal Government’s refusal to make the JobKeeper allowance available to council employees sent a “very different message” to the community and called for more State Government intervention.

Parliamentary Secretary for the Central Coast, Adam Crouch, said the State Government was “particularly committed” to ensuring council staff are supported as much as possible, given the essential services they provide.
“Minister for Local Government, Shelley Hancock, is currently working to ensure the needs of Council staff are taken care of,” Crouch said.

Council is drawing up a list of assets to sell