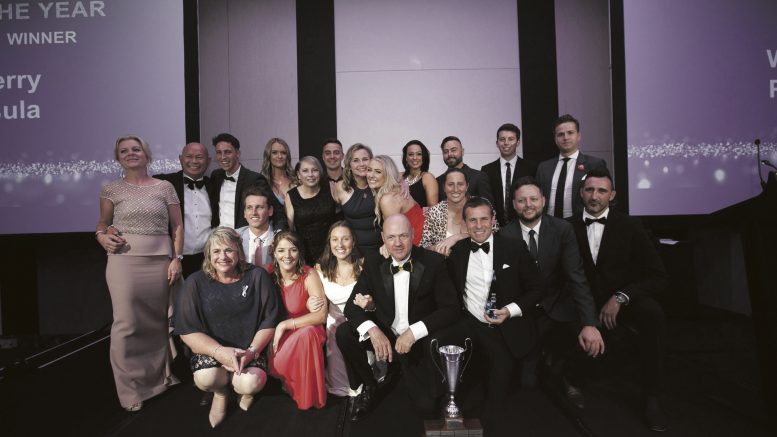 A Umina real estate agent has won three major awards in its real estate franchise competition.
Wiseberry Peninsula was nominated for several major awards and took out three of them at their organisation’s night of nights.
On the night, the agency was represented by its co-director Mr Rod Dillon, who was named Leader of the Year for the third year running and Mr Josh Canellis who took out Sales Manager of the Year for the second time.
The agency capped its night off by being crowned Office of the Year.
Co-director Mr Troy Howe said: “There was a huge cheer from the team and their supporting offices upon the announcement.”
Between them Mr Dillon and Mr Howe have 47 years real estate experience on the Peninsula with Mr Dillon attributing their recent success to their dedicated team.
“We have built a strong team of local sales agents and an experienced team of property management agents.
“Beyond the relationships we build with our clients and customers, it really was a highlight of the year to be recognised amongst our peers for the high standards we have achieved through our business practice,” Mr Dillon said.