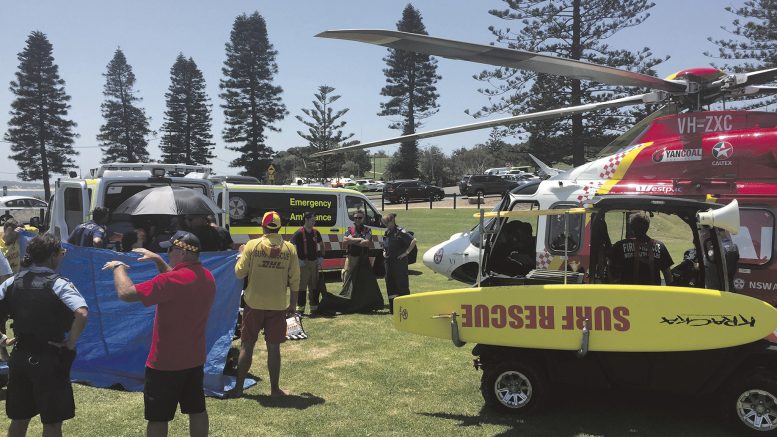 Emergency services, police and Surf Lifesavers on the scene

A man is recovering in hospital after falling from a cliff at Terrigal Haven.

Just after 12:30pm on Saturday, February 1, the Westpac Rescue Helicopter was called to the Haven following a report that a person had fallen from a cliff.
Upon arrival, it was found that a 33-year-old man had suffered multiple injuries and was also immersed and unconscious in the water, after falling between 3 and 4 meters.
He was rescued by Terrigal Surf Life Saving Club members and Central Coast Council Lifeguards before being transported to the waiting helicopter, where NSW Paramedics and the Helicopter’s Critical Care Medical Team stabilised him.
The man was then flown to John Hunter Hospital in a serious but stable condition.