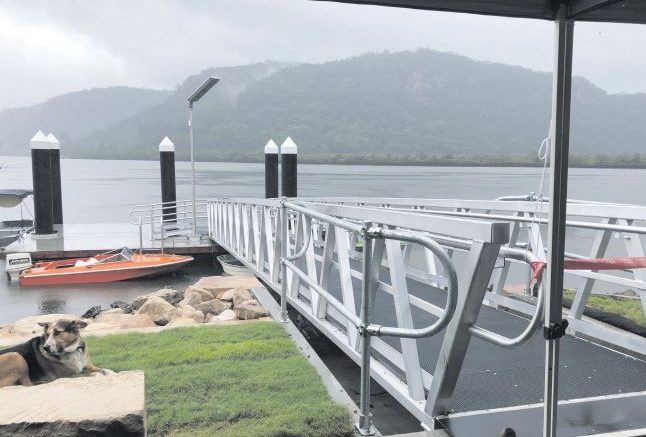 Residents and boat-owners were overjoyed when the new Spencer wharf was officially opened on January 18 as part of a key wharf implementation project to increase safety and accessibility on the Hawkesbury River.
Central Coast Council Director, Roads, Transport, Drainage and Waste, Boris Bolgoff, said the $317,515 project was co-funded by the State Government and Council, and involved removal of the existing timber structure, building a new gangway, pilings, floating pontoon and solar lighting.
“The Central Coast community can look forward to enjoying this new facility with increased visibility and accessibility in a variety of tides and weather conditions well into the future,” Bolgoff said.
“This new wharf is already being utilised to assist in launching powered vessels and non-powered vessels such as kayaks, by the local community.”
Mayor, Lisa Matthews, said the new wharf would help locals and visitors enjoy the Coast’s waterways.
“Council is pleased to work with the NSW Government through the Boating Now program to deliver new services and infrastructure to our community,” she said.
“The new wharf at Spencer is a great example of what can be achieved in partnership with the Government.”
NSW Maritime Executive Director, Mark Hutchings, said the State Government’s Boating Now program provides $98M in grants to improve safe access to waterways with upgrades and new infrastructure including boat ramps, jetties, pontoons, car parks and sewage pump-out facilities.

Coast gets On the Bandwagon for farmers