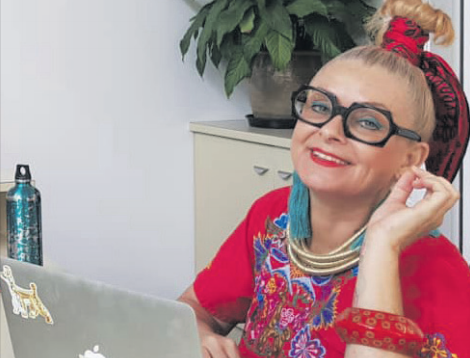 The push towards a more inclusive, LGBTIQ friendly Central Coast gained a little more traction earlier this month with the opening of the Central Coast Pride Centre in Gosford.

The new space is being headed up by the team from art, culture and social inclusion charity, The Naughty NoodleFun Haus, and opened on MannSt on January 10.

The opening was the breaking of new ground for Naughty Noodle Founder and CreativeDirector, Glitta Supernova, with the organisations work previously having been focused on the Peninsula, including the delivery of the Coasts first everPride festival in October last year.

The new space will act as the Fun Haus Gosford base of operations, where Supernova and her team will plan their next wave of fringe theatre, arts and cultural events with an emphasis on activating and developing the Central Coast’s Pride movement. Its also set to act as acommunity meeting point andsafe space for LGBTIQ people.

Our new multipurpose spacewill unite, educate and act as acreative, social and wellbeingmeeting point, Supernovasaid. While its still early days for the centre, Supernova said the space was already being utilised by drop in groups for sexuality and gender diverse people of all ages, with plans to deliver a series of to be determined creative workshops in the future.

2019 was a huge year forLGBTIQ visibility, inclusion andrepresentation on the CentralCoast with the centre poised tobuild upon that momentum. The Central Coast PrideCentre will design a float for the upcoming LGBTIQ Mardi Grasin Sydney and will host their own dance party in Woy Woy over the Mardi Gras weekend.

Supernova also advised that SBS, who will cover the SydneyMardi Gras festival will also cross live to the Prides dance party during the night. It takes a village to make a village and our way of saying thank you for contributing to amore welcoming and inclusive Central Coast and the phenomenal growth of Central Coast Pride and the Naughty Noodle Fun Haus over 2019 is to continue working towards authentic diversity and inclusion across the region, Supernova said.