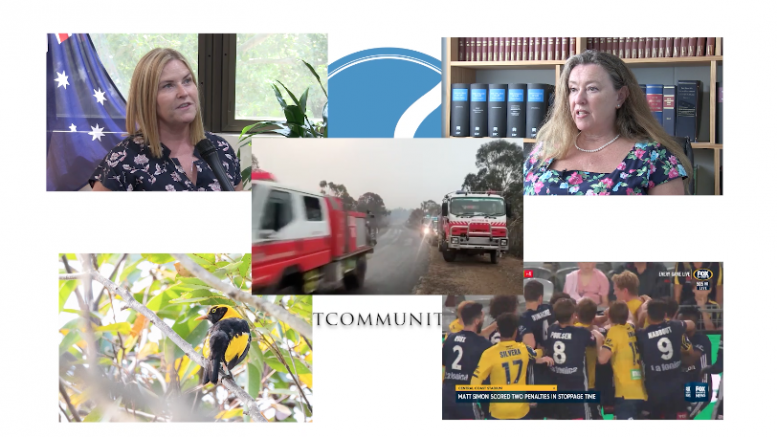 2019 was a tumultuous year for the Council with the State Government taking over some of its planning powers, a heated debate over Warnervale airport, delayed financial accounts and a controversy over water restrictions.

In an exclusive interview with Coast Community News, Mayor Matthews said 2020 was all about getting down to business.

Despite the catastrophic loss of property, bush and wildlife the fires did bring some brighter notes.

Residents across the coast participated in a major drive, co-ordinated by Lisa Diggins called the ‘orange dot program’, to place green food packages and drinking water for wildlife in fire-affected areas.

Separately, a local real estate agency, Raine and Horne, co-ordinated an initiative from holiday home owners via Facebook to provide emergency housing for victims of fires in Bendalong, Bermagui and other impacted communities.

According to Agency Principal, Brett Hunter, six families are already enjoying the Coast’s hospitality with more on the way.

Law firms across the region have offered up free legal assistance to people affected by the fires. Gosford based lawyer Pauline Wright is the President of the Australian Law Society and spoke with Coast Community News about the program.

And finally, Member for Robertson, Lucy Wicks announced that bushfire-hit communities on the Central Coast will receive $1 million in federal funding.

The money is part of the government’s broader $2 billion National Bushfire Recovery Fund and will be allocated by Council for rebuilding, repairing roads and other infrastructure or staging local events to attract more tourists and business to the region.

Still on the fires and dedicated birdwatchers across the Central Coast are reporting huge numbers of inland birds, some burnt and disoriented, flocking to coastal areas in search of food.

Allan Benson of the Central Coast Birders Group, said many birds have been spotted that are not normally seen here such as Top Knot Pigeons, Little Lorikeets and Gang-Gang cockatoos.

He said many glossy Ibis spotted were drought refugees from western NSW wetlands.

Benson was particularly concerned for endangered species such as National Regent Honey-eaters with an estimated population of just 400 birds, most of which lived in the Yengo National Park.

People can help by putting out water dishes in safe places for birds to access, keeping cats inside and reporting injured birds to WIRES or Australian Sea Birds Rescue Central Coast branch.

Kincumber and Picketts Valley Community Action Group is ramping up its opposition to an over-50s home resort and caravan park proposed for the site of the former Bangaloe Stud at Avoca, following a Development Application (DA) lodged with Council in December.

The $19.7M project would see 202 manufactured homes constructed on the 24 hectare site, along with short-term caravan sites and various community buildings and amenities.

In other property news, images have been released of a $300M project set to replace the existing gateway Centre in Gosford’s Mann St.

ADG Architects have released their concept designs for a three tower education and commercial precinct covering a 10,000 sqm site which is under consideration with the State Planning Department.

With one minute to go in the match against Melbourne Victory last weekend, Mariners fans were lamenting another night of ill fortune and some had even left the stadium.

Enter Matt Simon, Elvis, an irate coach and, of course, the VAR.

Five goals, four VAR decisions, a fight, a myriad of yellow cards and one red card for Victory Coach Marco Kurz later and the Mariners prevailed 3-2 in their first win over Victory in almost seven years.

In other Mariners news, star player Tommy Oar will depart the club at the end of this season, while young defender Lewis Miller has signed a contract that will see him tied to the club until 2022.

We close this week with news that Gosford now has its own dedicated Central Coast Pride and Cultural Hub with the new space opening on Mann St last week.

The hub is headed up by Naughty Noodle Fun Haus creatives, Glitta Supernova and Juan Iocco, and will act as the not-for-profit LGBTIQ charity’s Gosford base of operations.

The new space will also act as a meeting space for local LGBTIQ support groups.