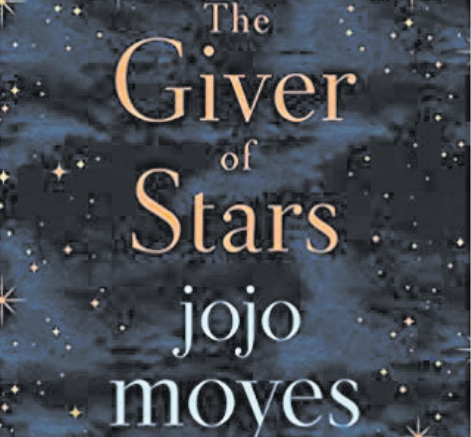 The give of stars

[Book Review] I’m on a decline with JoJo Moyes. I loved Me Before You, but I only liked the sequel After You. I then wasn’t sure at all about her subsequent book The Girl You Left Behind.

That was a few years ago and I thought it was time to give her another try. It did little to arrest the decline. The Giver of the Stars takes place in the late 1930’s and is based on the real-life Pack Horse Librarians of Kentucky, who delivered books as part of Eleanor Roosevelt’s traveling library program.

The story centres around a young woman, Alice Wright, who grew up in England but has recently moved to America with her new husband, Bennett. Alice and Bennett met while Bennett and his father, Mr. Van Cleve, were touring Europe with an outreach mission of the Combined Ministry of East Kentucky Under God, observing how the faithful worshipped outside America.

The Van Cleve’s have money. They own a coal mine. Bennett thought he would have an elegant young Englishwoman with exquisite manners. Alice thought she would have a handsome, rich husband and escape her stifling English family. She thought life in America would be, “New food! A new culture! New experiences!”.

She pictured New York. She ended up in the mining town of Baileyville, Kentucky with Bennett and his father. Mr. Van Cleve’s bedroom is next door to theirs and Bennett doesn’t want to disturb his father. Her wedded bliss isn’t exactly what she hoped it would be.

While at church with Bennett, Alice learns of a new initiative by Mrs. Roosevelt (the President’s wife) in which books will be delivered by volunteers on horseback to the more remote areas of the state. Margery O’Hare is the first to volunteer.

Margery had the misfortune of growing up in a bad family which has made her an outcast. She doesn’t care. She is her own person. There are few other volunteers as the men folk of Kentucky are generally against it, “Tain’t proper. Women should be looking after the home.”

Many others think the only book people should be reading is the bible. Alice is bored and so, to the horror of her husband and father in law, she volunteers. She pays for her defiance. As the women set about delivering books to the poor, to the sick and to the abused, life takes a twist. The books bring joy to people and the volunteers become closer, finding solace and fulfillment in helping others, as they meet stiff resistance, misogyny, racism and extreme poverty. Alice meets Fredrick and there is chemistry. When Margery is accused of murder, the women bind together to help her out.

The Giver of Stars is based on the WPA’s (Work Progress Administration) Packhorse Librarian program that ran from 1935 to 1943. Many chapters of the book have an opening blurb that gives some background about the WPA and life at the time in Kentucky. That part was interesting. However, I found the book very predictable, one-dimensional and hard to get into. Good people, bad people. Bad things happening to good people. People are tested. I appreciate this is an historical fiction book, but it didn’t work for me.

It read more like a made-for-tv movie from the 1980s. I’m afraid I can’t be a giver of stars on this one. I think I am alone in my reaction to the novel. Most reviews I have read have been very positive. Like really positive. Perhaps it is the immersive writing style and descriptions of the Kentucky people and countryside.

Perhaps it is the notion of the joy that books and reading can bring, especially to those without access to literature. While it continued the slide for me as far as Jojo Moyes goes, I will probably forget this book and give her another try in a few years.

Book Review – Remember: The Science of Memory and the Art of Forgetting