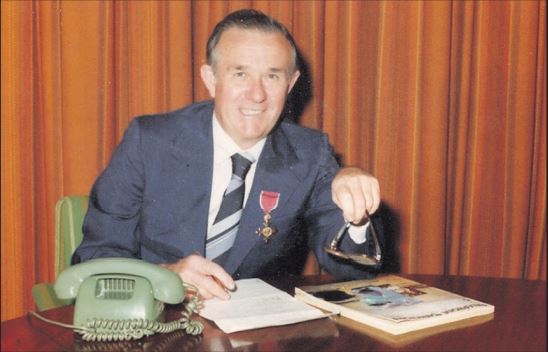 “It is with a heavy heart that we share the news that founder of Central Coast Leagues Club, Ray Maher, passed away peacefully on January 13.

“Ray initiated the term ‘Central Coast’ in the early 1950s after recognising that the coastal strip and hinterland separating Newcastle and Sydney needed a sense of identity that distinguished it from the overshadowing cities.

“As founder of Central Coast Leagues Club in 1954, Ray was the longest serving Chairman of any licensed Club in NSW, serving 52 years unopposed as the Chairman of Directors from 1954 until his retirement in 2006.

“Ray’s contribution to the Central Coast community for over half a century is unparalleled. “He will be remembered as an exceptional and passionate leader reaching out and uniting the hearts of so many community groups across the region, ” Dowling said.