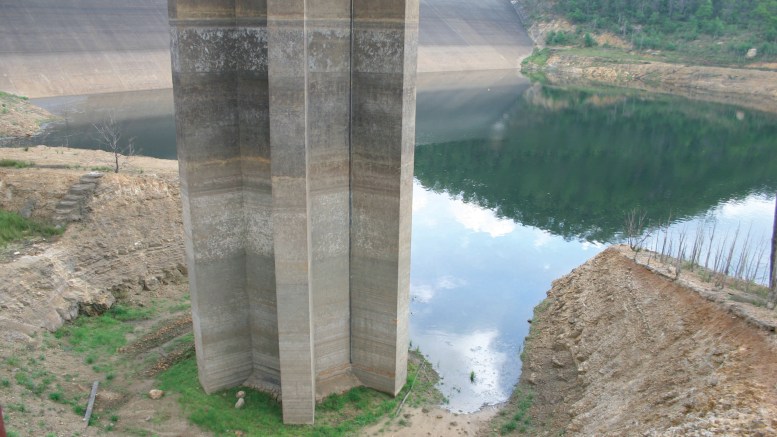 Councillor Greg Best will try for the fourth time to tighter water restrictions on the Coast when he brings a rescission motion to Central Coast Council’s December 9 meeting.

If the rescission motion is successful, he will put a new motion in another attempt to convince his fellow councillors to skip Level 1 and go straight to Level 2 restrictions when Mangrove Creek Dam falls to 50% capacity, probably in mid to late summer. The water level in the dam on December 2 was 53.6 percent.

Cr Best wants Council to recognise the “precarious situation” being faced around “our dwindling water supplies” in what he calls a water supply emergency.

Under the Water Wise Rules which apply at present, watering, including with sprinklers and irrigation systems, is allowed any day before 10am and after 4pm and everyone is encouraged to use no more than 150 litres per person per day.

Level 1 restrictions would see fixed hoses and sprinklers banned, but hand held hoses with a trigger nozzle and drip irrigation systems are able to be used any day before 10am and after 4pm.

Level 2 restrictions would limit the use of hand held hoses with nozzles to one hour a day, three days a week, during designated hours. Cr Best said going to Level 2 water restrictions would reduce water consumption by 10%, representing tens of millions of litres of valuable drinking water in just the next few months.

“Over the Christmas New Year period, this would save us about 480 million litres which is a huge amount by anyone’s measure, ” he said. “Sydney Water has recently moved to Level 2 water saving measures ahead of their agreed trigger levels, and Hunter Water also now is in restrictions for the first time in 25 years.

“It is important for our community to understand that the Central Coast’s Level 2 is nowhere near as restrictive as Sydney’s Level 2 and still allows for the washing of cars and watering of gardens using hoses with control nozzles.

“Simple measures such as this with a growing population of some 350,000 residents can make such a difference. ” Cr Best’s previous motions on the matter on September 9 and 25 were deferred, and when it went to Council again on November 11, his motion was lost and Council decided to refer the water level restriction trigger levels to the Water Advisory Committee for consideration. “The community will judge this Council harshly if we do not show leadership on this crucial issue, ” he said.

“Furthermore, even if the committee does meet, its findings will not be able to be reported for a Council decision until, at the earliest, midFebruary 2020. “This will be after millions of litres of drinking water have literally gone down the drain.

“We have no choice but to act now. ” However, Mayor, Lisa Matthews, said the community had answered the call to help conserve water. “There have been calls for Council to move to water restrictions now but this is not necessary at this time as our residents are resilient, resourceful and responsible water users, ” she said.

“Thanks to their ongoing conservation efforts, our dam levels are holding steady. ” Meanwhile, with a hot dry summer ahead, Council is urging residents and businesses to continue the water saving efforts that have helped delay the introduction of water restrictions.

Council’s Director, Water and Sewer, Jamie Loader, said thousands of people had visited the council’s online water usage calculator since its Live to 150L campaign was launched in September.

“On current usage, this represents a saving of three buckets of water each day for every person, ” Loader said. “It’s been heartening to see how the community has engaged with the water conservation message, which complements Council’s work of ensuring the ongoing security of our water supply, ” he said.

Loader said Council had several major projects underway to help ease the water situation. These include: construction to begin in early 2020 on the $61M Mardi to Warnervale pipeline, to service the growing northern corridor and increase the region’s capacity to transfer water between the Coast and the Hunter region; design work has begun on a $27.4M upgrade of the Mardi water treatment plant, increasing its capacity and establishing it as the principal source of the Coast’s drinking water supply; and, an innovative mains cleaning program which minimises water wastage and improves water quality has been undertaken.