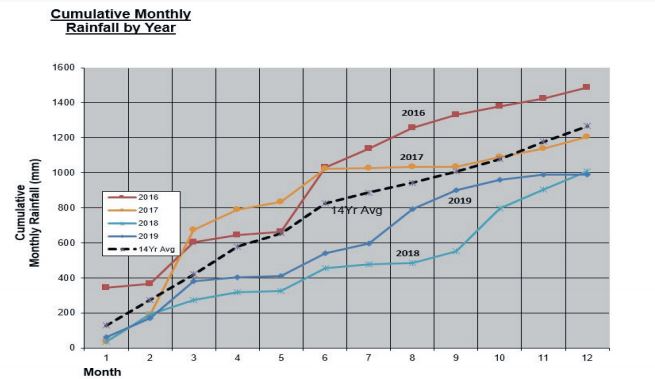 December has started off dry with just 0.5mm of rain recorded as of the 6th, according to data compiled by Umina’s Mr Jim Morrison.

Consistent dry conditions have gripped the Peninsula since mid October, with the only decent rainfall event the region has experienced in two months occurring on October 13 when 34.5mm was recorded.

In last edition (Peninsuala News) it was reported November was on track to being the second driest month of the year, but two brief showers on the 26th and 27th which saw 7.3mm and 7.8mm of rainfall respectively, bumped the 11th month’s rainfall total up to 30.1mm, putting it in third place for driest month of the year behind May (5mm) and April (22. mm).

The result is a disappointing one for residents who were hopeful one or two freak storm events would deliver some heavy rains throughout spring similar to last year. All up, the region’s total yearly rainfall sits at 990.4mm with it highly unlikely to reach it’s yearly average of 1268mm before the new year.

Rainfall in April ‘not going to plan’