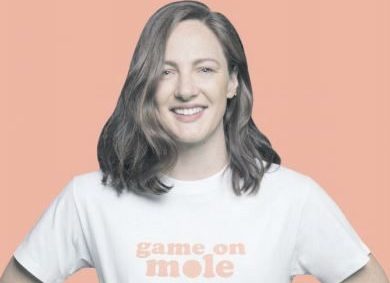 Cate Campbell is the face of Game on Mole

The Melanoma Institute of Australia has rolled out a new campaign that it hopes will get young Australians thinking about their skin this summer.

Fully supported by Gosford’s Central Coast Skin Cancer Clinic, the Game On Mole campaign utilises a classic bit of Aussie slang to encourage young people to be more aware of their skin this summer, by challenging them to take photos of their skin now and compare them to fresh photos at the end of summer.

It’s hoped that this targeted campaign will resonate with young people more than previous ones and generate conversation around sun safety and skin health. Selfies aside, the campaign encourages young people to be more aware of changes to their skin, especially with moles, with melanoma the most common cancer affecting 15 to 39-year-old Australians.

Olympic swimmer and melanoma survivor, Cate Campbell, is the public face of the campaign, which will hit the Coast’s television and radio waves this summer. Gosford’s Central Coast Skin Cancer Clinic’s Practice Manager, Jillian Power, said the campaign was an innovative way to get young people actively engaged in managing their skin’s health.

“We also support the Cancer Council’s Own Your Tone, another campaign highlighting the need to avoid sunburn in the younger population, ” she said. “Generally, I understand that the melanoma rates in young people have declined slightly in the 15-39 year age group in Australia, as this population has lived with a lifetime of sun safe health messages.

“However, melanoma is most common cancer effecting this age group and the agestandardised incidence of melanoma in Australia has increased, ” she said. For young people concerned about their skin, Power’s advice was to get their skin checked regularly.

“We recommend skin checks from 15 years old and onwards. “This is to engage with young people to educate them about prevention of skin cancer through sun safe messages and educate young people about how to conduct a selfskin assessment, ” she said.

View from the lifeboat