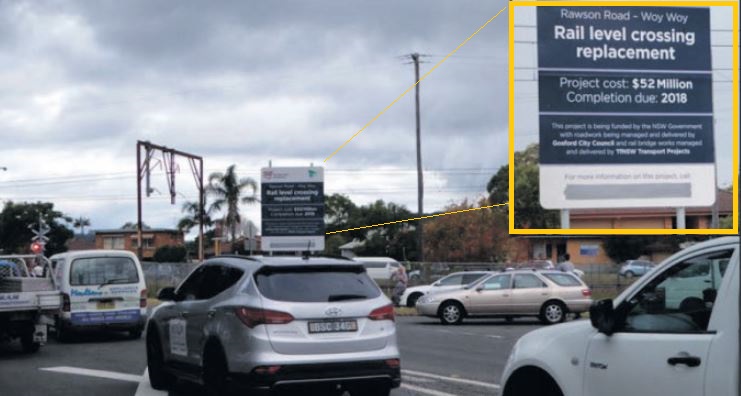 Ms Tesch’s call came after the Premier announced a $2 million upgrade for Central Coast Conservatorium on September 30 and urged council to “stop sitting on its hands” over a proposal for a Regional Performing Arts Centre. But Ms Tesch said the $2 million announcement was not new.

It was simply the delivery of funds first promised in 2015. “Funding to address the Railway St underpass has also been promised, but never delivered, ” she said. “The people of the Peninsula would prefer the Premier to announce that work was commencing on the Woy Woy level crossing (to) feel good stories about funding that hasn’t seen the light of day for five years. ”

She urged the Premier to “create the solutions we need”. “We would like to see progress on the Ettalong foreshore upgrade and more support for council to deliver tourism funding drives for the Peninsula, ” she said.

“Youth unemployment is on the rise in our region so an investment in resources and jobs for young people on the Peninsula and all over the Coast would be welcome. “The State Government needs to work with the community to see what they want. ”