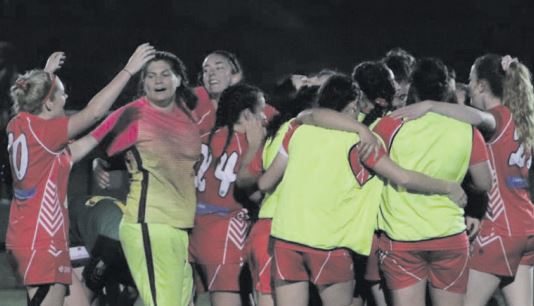 Pluim Park hosted the major semi-final match on Monday night (September 2) after heavy rain caused the fixture to be postponed from Sunday afternoon. After falling to a 2-0 defeat the weekend prior, Kanwal looked to bounce back strongly and seal a place in the grand final after finishing the regular season in the competitions top two, whilst Gosford City entered Monday nights match on the back of eight successive victories, their latest a last gasp win over Umina United in the minor semi-final.

The two previous meetings between the sides had seen both emerge victorious, with Kanwal managing a narrow 3-2 victory in Round 5, before Gosford City turned the tables on their opponents to record a resounding 5-0 victory at Gavenlock Oval in Round 14. Ten goals from the sides two previous meetings had the big crowd at Pluim Park excited for an end-to-end thriller. However, the first half of the match presented itself as more of a slow burn, with the weight of expectation felt on both sides, as neither appeared keen to take too many risks.

That being said, both sides did produce goal-scoring opportunities with both Keepers called into action, ensuring the score remained locked at 0-0 come the halftime break. Knowing full-well that anything other than a win would signal the end of their 2019 campaigns, both sides started the second half brightly. With barely five minutes having elapsed, Gosford City found the opening goal of the match with Courtney Garland managing to turn the ball in amongst a sea of Kanwal bodies for what was just her third goal of the season, but certainly her most important.

The goal triggered the beginning of an exhilarating final 40 minutes, in which the Bulls began to throw numbers forward in search of an avenue back into the match. Although putting Gosford under significant pressure, the full-throttle attacking nature of the Kanwal side saw them give up some of their defensive solidarity, with Gosford’s top scorer, Brittni Nicol, and two goal minor semi-final hero, Jessica Dominello, providing a constant counter-attacking threat for much of the second half.

The final 10 minutes was played almost exclusively in the Gosford City half as Kanwal threw everything they had at their opponents to find an equaliser and potentially force the tie into extra-time. A string of consecutive corners saw Kanwal place the Gosford side under significant pressure.

However, the Dragons dealt with it well, either putting the ball behind for a repeat corner or clearing their lines, before the referee blew full-time on what proved an extremely entertaining match. Gosford City now face a short turn-around ahead of this coming Saturday afternoons grand final at Central Coast Stadium, where they’ll have a high-flying Southern and Ettalong United side standing in their way of potential back-to-back premierships.

Gosford did, however, manage to defeat the Lionesses 3-2 only a few weeks ago, setting the scene for what should be a high quality match of football on Saturday afternoon.