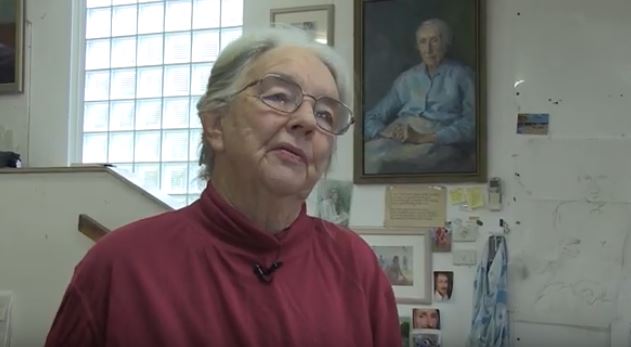 Patongas Jocelyn Maughan has taken out the 2019 Gosford Art Prize.

Now in its 49th year, the Gosford Art Prize attracts entrants from all over Australia, drawn by both its reputation in the art world and the chance to compete for a $25,000 prize pool.

Maughan took out this years top prize with her work, Ken in Grisaille, oil on paper, which received excellent reviews from the judging panel. David van Nunern was runner up with his piece, Riversdale Nocturne, while, Asahi So, took out the ceramics category with her work, Cocoon Bottle Cluster.

One of the highlights of this years Art Prize was the inclusion of an Aboriginal Art Award for the first time. The inaugural winner of this category was Joshua Muir, with his work DATO, a digital print on aluminium.

Other local winners were Ettalongs Katerina Apale who took out a Commended in the Gosford Art Prize section and Blackwall’s Connie Keith, who took the Highly Commended in the ceramics. Councils Gosford Regional Gallery Team Leader, Tim Braham, was delighted that the Gosford Art Prize is not only attracting artists from across Australia but also supports local talent.

“This year we received 532 entries, and the judges faced the difficult task of whittling it down to 153 finalists, Braham said. There was also a noticeable changing-of-the guard in entries this year, with the award drawing the highest number of first-time entries (197) we have ever seen, which is inspirational”, Braham said.

A selection of entries will be included in the Gosford Art Prize exhibition to be held at Gosford Regional Gallery from September 14 to November 3, with the public encouraged to vote for their favourite to win the Peoples Choice Award.