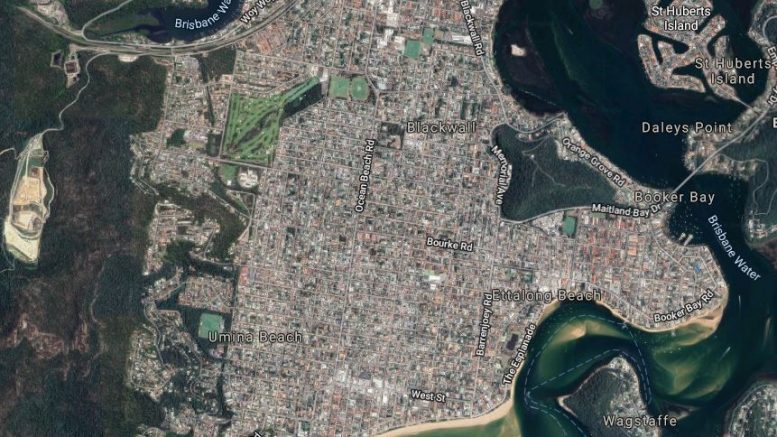 The Peninsula from the air. Image: Google Maps

Ettalong, Umina, Booker Bay, and parts of Woy Woy are the hottest suburbs on the Central Coast, all measuring more than four degrees above average, a new report has found.

The area of tree canopy cover at Woy Woy declined by 173 hectares between 2005 and 2014, while the area of impervious surfaces increased by 84 hectares and unplantable space increased by 113 hectares.

The Peninsula as a whole now has less than 10 per cent tree canopy cover.

Those are the figures provided in Central Coast Councils draft Greener Places Strategy which is now open for public comment.

The consultants’ report within the strategy states that “this pattern of land cover change, particularly the significant tree canopy loss, has substantial implications for the future livability … and the health and well being” of the urban environment and the local community.

A link to Council’s Strategy is provided here in the interests of the community.

Read the full story in this week’s Peninsula News print edition. Out now.

Volunteer of the Year explains why she does it